The Human Rights Regime: A Chinese Perspective (May)

“Wow I can’t imagine living in China! I like my rights.”

I was shocked when I first heard this from my friend after she heard I had lived six years in China. That was the fourth grade. Since then, I have frequently heard this phrase, or some variation of it, when talking to others about China. However, nearly none of these individuals have ever visited or lived in China. The first time I encountered this declaration caused me great confusion. During the years I lived in China and my summer visits, I had not felt as though my rights were being violated. Although my experience was tainted with privilege, it was by no means lavish and nonrepresentative of the lives of many people in China. More importantly, my time in China was not at all the dystopic caricature presented in the West. Why, then, did people in the U.S. believe life in China to be so terrible? It was not until high school that I became aware of the continuous characterization of China as a violator of human rights and the Chinese Communist Party (CCP) as apathetic to the well-being of the people. Although there are seeds of truth in those characterizations, reality is much more complicated and nuanced. In order to move the conversation beyond surface denunciations of human rights in China, there must first be an understanding of the imperfections and critiques of the human rights regime, and how China’s perspective on this regime differs from that of the West.

The human rights regime is far from perfect. The two major criticisms levied against proponents of human rights pinpoint the ideological issues with the human rights regime and the practical issues of implementation. The ideological critique of the human rights regime examines the disrespect of local culture, the imposition of Western cultures and ideals onto the Third World, and the effects of human rights rhetoric and tools on public perceptions—in short, the ideological critique at the extreme is the accusation that the push for human rights is just another form of imperialism. It is a hard burden to prove that the human rights regime is a Western conspiracy to extend its global influence. However, it is important to note that international human rights law and the grounds for foreign intervention is founded on principles of violating state sovereignty, that there exist moral truths and absolutes that transcend and overpower the rights of the state. As such, the actors in the human rights regime are inherently paternalistic in their approach to reforming local cultures and behaviors. This paternalistic mindset encourages a perception of governments and perpetrators of human rights abuses as savages, a treatment of those whose rights are being violated as helpless victims, and the actors as saviors. This Savages-Victims-Saviors mindset, presented by Kenyan-American scholar Makau Mutua, professor of law at SUNY Buffalo Law School, is dangerously similar to that of the historic imperialist view of indigenous people as savages that must be saved from themselves by Western conquerors.

The second critique regards the hypocrisy of the implementors and champions of human rights. The West has been quick to shine a spotlight on the human right abuses in China, all while simultaneously disregarding the hypocritical acts committed within their own borders. Case-in-point: the United States of America. The Trump administration’s Zero-Tolerance policy at the southern border caused the separation of over 2,600 children from their parents. The Obama administration, despite declaring human rights a “top priority”, failed to enforce his “red line” in Syria after Bashar al-Assad used toxic gas on his own citizens. The Bush administration before that, pledged to “advance human dignity” around the world, all the while enforcing policies that deprived due process of captured terrorists and allowing torture (“enhanced interrogation techniques”) on those captured. The list goes on and on. The critique holds that if the proponents of human rights cannot guarantee even the basics of human dignity within their own borders, what moral high ground do they have in criticizing other countries?

These critiques are not the only reasons for China’s resisting the pressures of human rights advocates. As mentioned above, the foundation of human rights law resides on the violation of national sovereignty. No country wants its sovereignty violated; however, the issue is particularly sensitive in China. On August 29, 1842, China lost the First Opium War to Great Britain, beginning a period in Chinese history named the Century of Humiliation. The British effectively annexed Hong Kong until its return to China in 1997. China then lost the Second Opium War in 1860, where the British razed the Chinese emperor’s Summer Palace, leading to another round of heavy concessions. In World War II, China lost over 14 million people due to the brutal invasion by Japan. It is not only a narrative for the Communist Party to advance its own interests; the Century of Humiliation still reminds the Chinese people of the horrors resulting in the violation of national sovereignty.

China’s identification with the developing world also plays a role in its participation in the human rights regime. China, along with the rest of the developing world, chooses to first prioritize economic and social rights, as opposed to the Western focus on civil and political rights. These rights emphasize collective values and rights that encourage economic growth, not just democracy promotion. These divisions between the developed and developing worlds indicate ideological divergence that is not merely caused by the CCP’s desire to continue its authoritarian rule. Combined with the sensitivity of sovereignty issues, China’s perceptions on what constitutes “rights” logically pushback against the status quo human rights regime that emphasize political and civil rights.

This final blog is by no means a defense of pervasive sexism, homophobic policies, and acts of repressing minorities perpetrated by the CCP. However, I do hope to bring to light that judgement of China cannot simply be framed as black or white and that Chinese resistance to human rights pressures is more complex than simply the CCP being repressive. The critiques as presented are in some cases extreme and require heavy burdens of proof; however, they cannot be simply disregarded. For all advocates of human rights, it is important to acknowledge these pitfalls of the human rights regime and take careful measures not to exacerbate or even help alleviate the crucial issues raised in those critiques. Current work on grassroots advocacy is a good beginning in overcoming some criticisms. Future work for human rights groups must be careful not to demonize and caricaturize countries, even if doing so increases salience of the issue with the public in the short-term. In the long-term, such actions are counterproductive and delegitimize the foundations of the human rights regime. 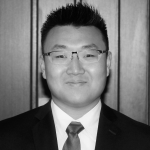