“Either they don’t know, don’t show, or don’t care about what’s going on in the hood.”

I remember feeling very unsettled after watching Spike Lee’s, Boyz-N-The-Hood. In his social commentary film, Lee masterfully depicts how African Americans who live in the ethnic enclave of Crenshaw South Los Angeles are adversely affected by multiple dimensions of structural inequalities. Despite overcoming extraordinary obstacles to ascend the socioeconomic ladder of American society, these structural inequalities prevent members of this community from leaving the rough conditions of their neighborhood and ultimately inhibit their right to seek a safe place to live. Currently, this harsh reality of Crenshaw persists today, and is the aftermath of years of racially restrictive housing covenants and invasive gentrification that transformed the district into an ethnically homogeneous enclave with deeply rooted racialized problems. The African American population living in this area didn’t voluntarily converge onto this location, rather they were relegated to these conditions through historically oppressive municipal policies.

As a Public Policy major, I’ve seen many instances of state policy, created by the majority population in power, that have contributed to an inequality of outcomes for ethnic minorities. My topic in particular revolves around the ethnic enclave and how it provides a setting for minority populations to either successfully integrate and assimilate into society or have their rights infringed upon, or both. The question is, how do specific ethnic enclaves like the African American-majority Crenshaw come to exist? Under what circumstances do we see people forming into ethnically homogeneous groups in the first place? And what do affiliations with these groups mean for the preservation of or infringement on human rights of a given community?

Ethnic enclaves by definition are neighborhoods in cities that have a high concentration of people from a similar ethnic background. The term “ethnic enclave” was coined in the 1980s in response to literature surrounding the rise of Cuban immigrant labor markets in Miami following the Mariel boatlift. Given the current literature, there seem to be two common trajectories that lead to the formation of ethnic enclaves: minority groups may be geographically marginalized by the ruling majorities or they can choose to congregate for purposes of solidarity, economic incentive, and even self-defense. In each of these instances, minority groups may experience socio-cultural success or disadvantage as a result of their membership in ethnic enclaves.

In many cases, ethnic enclaves can be seen as success models where they offer ways for new immigrants to assimilate and integrate into society. For example, in the United States, immigrants would arrive in the country and voluntarily settle in an area that was inhabited by their kinship network (friends and family). Places like the Lower East Side of Manhattan grew into communities composed of an ethnic (Jewish) majority and provided its residents with social capital and the benefits of insulation from membership in a culturally and ethnically homogeneous group. The immediate advantages of being in a large community would include robust economic networks and greater bargaining power when negotiating individual or collective rights outside of the ethnic enclave.

Additionally, ethnic enclaves could simultaneously ensure the protection of an ethnic group’s human rights while also providing value to its local governing body. In the historical case of the Jewish Venetian Ghetto during the 15th century, this marked a relatively placid time for the Jewish people, in which the Ghetto (government partitioned ethnic enclave) served as a place where they could fit into society and steadily adopt Italian culture. Separation from the rest of the population wasn’t necessarily a means to punish them, rather it helped fortify Venetian rule by providing a way for the government to control non-Italian subjects. The Venetian Government viewed the Jewish population as a net-positive because they specialized in skills that offered benefits to the social and economic interests of the city; the Jews provided financial services for Venetian merchants and business owners.

However, conversely, this begs the question: what happens to ethnic minorities in enclaves when they are not viewed favorably by the government? In many cases, ethnic enclaves may not offer a safe-haven to ethnic minorities who don’t conform to the value-normative expectations determined by the majority population. As a result, countless ethnic groups with minority statuses have historically been both excluded from integrated political life and geographically marginalized by the ruling majorities. Racially biased public policies may create multiple economic, political, and social disparities between the civil rights granted to citizens of the state and the human rights outcomes that they experience in everyday life. Questions that we may ask are: How might governments justify their monopoly of power to subject a certain group of people to subpar conditions? Also, how can we in the future provide a framework to prevent such circumstances from happening?

In my ensuing blogs, I hope to answer some of these questions by analyzing contemporary public policy frameworks for ethnic enclaves, as well looking at historical precedents for possible connections. With the Global Human Rights Scholars program, I look forward to uniting my knowledge of public policy and love for history by exploring the topic of ethnic enclaves. 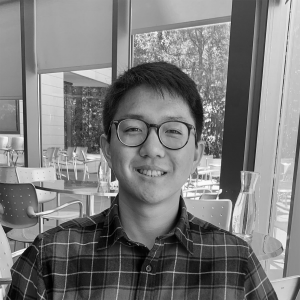