THE MEDIA IS AT THE CENTER OF FIGHTING CLIMATE CHANGE (March)

In last month’s blog post, you read about the ways in which the climate change movement has evolved over the last 10 years. I explored how wealthy nations and giant corporations are central actors in environmental degradation and must be held accountable for profiting off of unsustainable practices with many human rights implications on the most vulnerable populations.

One central actor that I did not discuss was the media. This month I hope to show how the media has an influential role in shaping public opinion on climate change and environmental protections. While the media industry has done a lot of good towards covering climate related news, the media has failed to give climate change enough attention, hold politicians accountable, and push more nuanced conversations.

First, what role should the media play? The media is a wide reaching force that can communicate what is happening in the world to everyday people. One of the biggest setbacks for the climate movement is communicating science in an accessible and an inclusive way. This is where the media should come in. The media should help translate this information to the public. By giving scientists, activists, and policymakers a platform to speak directly to people, the media can powerfully translate the impacts of climate change in an understandable and a conceivable way. For instance, local news organizations can show the impact of climate change in its communities own context. In this way, localized media can give its inhabitants a chance to work grassroots and connect to citywide policymakers to see what they can do.

On the other hand, the media also must do the work of connecting people to news that may not directly impact the viewer. This means covering the climate crisis in a global way. The media has the ability to center human rights in this coverage. For instance if there is a natural disaster, the media should cover how this is harming people’s lives. How many people died or were injured? How have people’s access to clean and affordable water, air, food, and housing been impacted? The media has the ability to humanize the climate crisis.

Finally, the media must hold people in power accountable. This means, the media must fact-check and press public officials to answer what they are doing to combat the climate crisis. The media has to do the investigative work to question things like, is a policymaker taking money from the fossil fuel industry? How many bills have they worked on relating to the environment? This is much more than allowing politicians to say the right thing. They must hold into question their record and how they have supported these policy objectives.

The media has sharpened public understanding of climate change. But, after my research, I thik they can improve in the following ways:

“The major broadcast networks – ABC, CBS, NBC and FOX – spent just 142 minutes on climate change last year.” This lack of coverage translates to Americans having a lack of access to climate-related information. According to research conducted at Yale and George Mason universities’ school of climate communications, approximately half of Americans hear about global warming in the media once a month or less. The climate crisis changes so often as groundbreaking research is being done and as potential projects that could negatively impact our planet are proposed. The public deserves information that is relevant and to date.  This means consistent and in depth coverage.

Print media has started making this important shift. According to the Media and Climate Change Observatory at the University of Colorado in Boulder. theWashington Post, the Wall Street Journal, the New York Times, USA Today and the Los Angeles Times  have  roughly tripled their coverage of climate change since four years ago,”

The media needs to be very intentional with its language. Like I mentioned before, one of the biggest roles of the media is to make science understable to everyday people. This means using language that doesn’t dilute the media’s impact but instead makes it easy to understand. Susan Hassol, director of the organization Climate Communication makes this point through her research that showed that “heat-trapping pollution” is easier to understand than “greenhouse gas,”and “global warming” conveys more meaning than “climate change” Substitutions like these can have huge effects on the viewer’s ability to understand the message.

“most people are saying they rarely hear climate change news because most people pay attention to local news. Most climate news in America is not local news” This suggests trying to connect local catastrophes to the climate story and explain why the extreme weather is happening.

Yes, it is undoubtedly that climate change is an existential threat to both our planet and to humankind. However, framing it as something that can’t be solved or as something that is too late to combat is paralyzing. It does not propel more action. Instead, it ends dialogues and hinders our ability to come up with real solutions beyond our own fear and doubt. “Repetition of a narrow narrative that focuses exclusively on the impacts of climate change leaves the public with an overall sense of powerlessness.” The media has so much positive and informative news that it can cover. For instance, indigineous people have long practiced sustainable living. It is possible for humans to interact positively with our planet. It is possible to not exploit labor and land. It is possible for us to change the world.

The media has a lot of control over how we think of problems. If people walk away without adequate and nuanced climate coverage, not understanding the science, failing to see how it impacts their local communities, and thinking climate change is beyond repairable, we will all be paralyzed. The media has already advanced us so far, but we can’t make the final steps towards a real, sustainable, and humane world, if the media does not continue to step up in these ways. 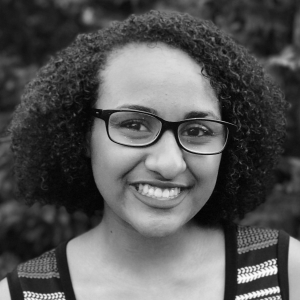