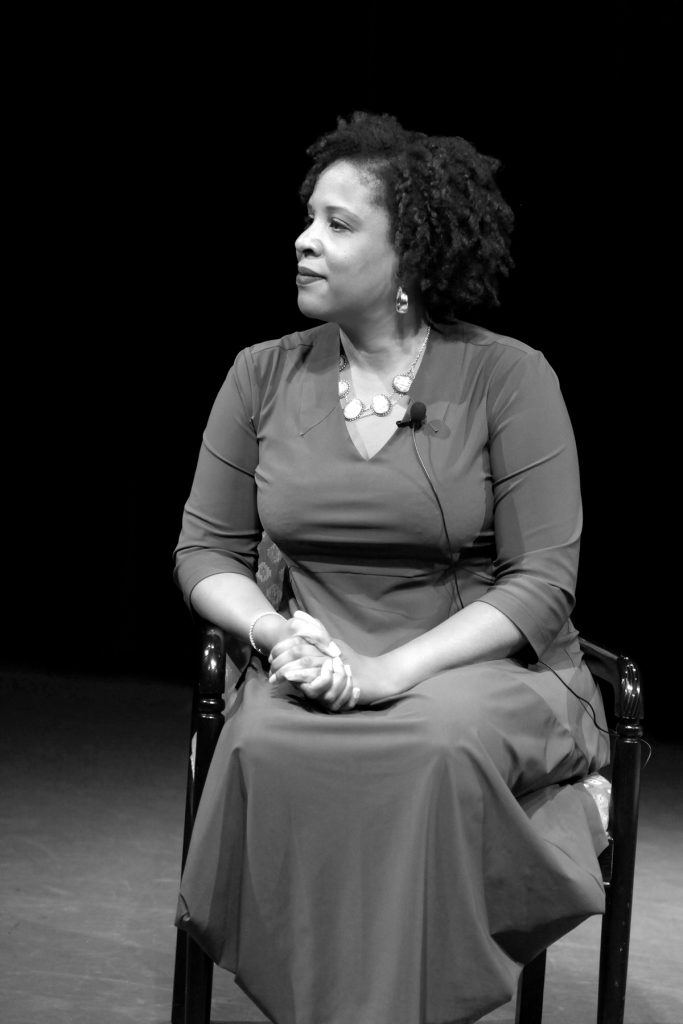 Friday night, author Tayari Jones was greeted by a full audience at the Durham Arts Council for Kenan’s latest in the Ethics of Now series.  Jones, a Women’s Prize for Fiction recipient and NY Times best-selling author of An American Marriage, was led in conversation by EoN host Adriane Lentz-Smith.

Together, Jones and Lentz-Smith discussed diversity, race, opportunity, obligation and family, particularly around Jones’ hometown of Atlanta, through stories of their own experiences and further examined through the lens of her characters.  According to Jones, “When I write about the South it’s easy for me, I’m not making a point about the South – I try to create the world as I understand it.”  She contrasted the common perspective with her own feelings about growing up in the South:

“People do think of the American South as shorthand for black unhappiness.  But I would say that the South was also the place where there was the most resistance to racism — the civil rights movement — so much was born in the South.  The South as I understood it was a place of incredible black community and diversity in blackness.”

Much of the conversation also focused on Jones’ writing process –  exploring her rich character development, the difficulty she experienced ending the book, and bucking the stereotypes her editors and readers expected to find within her work.  Giving budding writers a bit of advice, Jones said, “If you’re an artist, keep your job!”  She attributed her freedom to write exactly what she wanted to having a job in the meantime.

Duke student Anya Parks reflected on Friday night’s Ethics of Now saying “My favorite things about Tayari Jones’ talk were her sharp humor and distinct sense of self. I was amazed to hear how people challenged her during the writing process, especially in regards to the role of women in marriage. Her work had a deep effect on people. Audience members thanked her for her authentic characterization of black women. That was particularly powerful to me.”

Adriane Lentz-Smith added: “Reading Tayari Jones feels like hearing someone who knows you well giving voice to thoughts you did not even know you had. Unflinching but compassionate, she brings a deep humanity to our conversations about structural inequity and a generosity to our understandings of ourselves and each other.”

Jones continued the conversation with her audience during a reception and book signing. 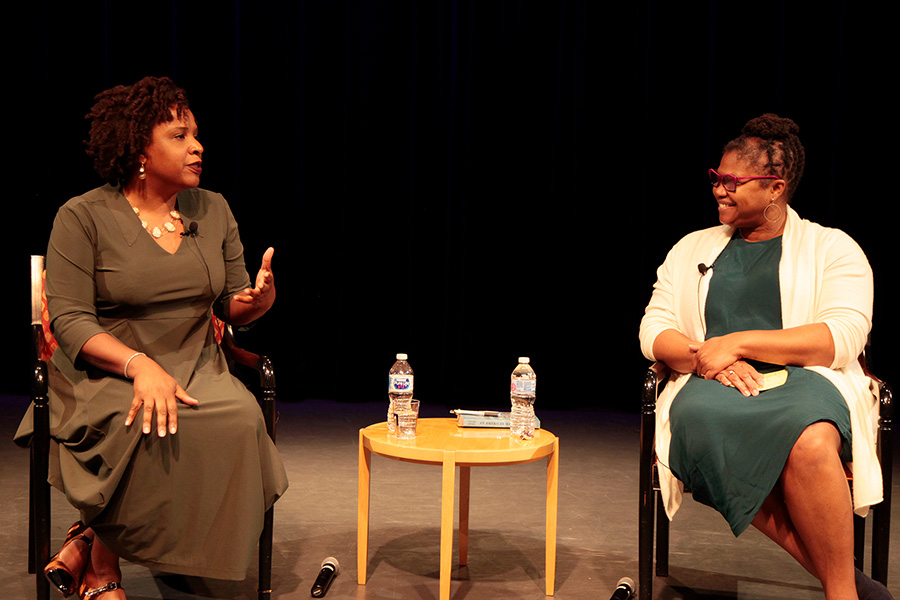 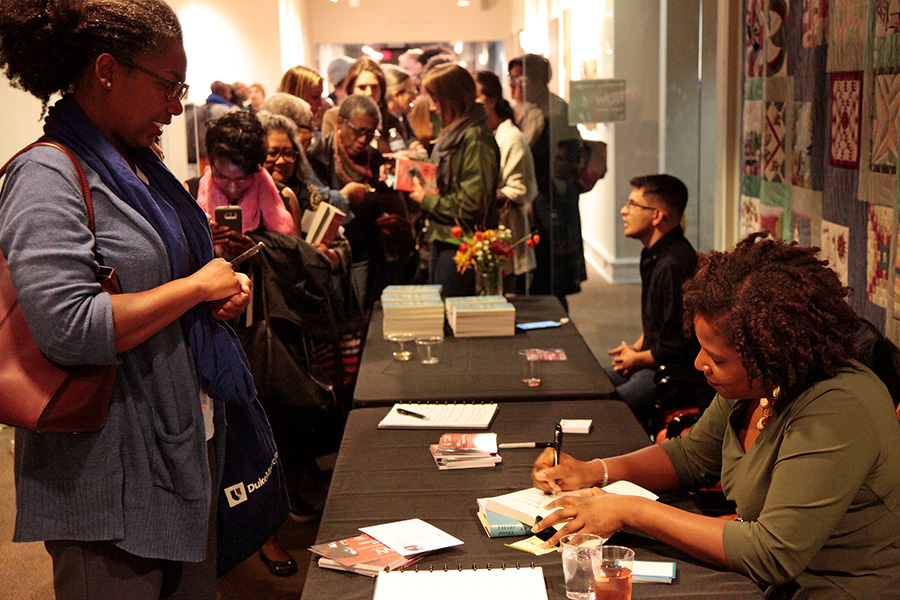 The Ethics of Now is a series of conversations between Duke historian Adriane Lentz-Smith and a range of artists, advocates, and authors that explore the ethical challenges facing the Durham and Duke communities.”