By admin on August 10, 2018
More than half of the world’s countries have a specific right to health care written into their constitutions. The United States is not one of them. Although the constitution of the United States does not guarantee any kind of health protection to its citizens, Americans increasingly consider health care to be a right. Seven years of Obamacare have established a belief among Americans that the government has a responsibility to provide access to health care coverage. Even as Republicans attempt to limit Americans’ access to health care, they cannot change the growing conceptualization and expectation of health care as a right in the minds of Americans.

Barack Obama signed the Affordable Care Act in 2010, and the Supreme Court upheld its legality in 2012. Jeff Jeans, a lifelong Republican and small-businessman from Arizona, had passionately opposed the Affordable Care Act before being diagnosed with cancer and told that he would have just six weeks to live if left untreated. Jeans is alive today because of an early Affordable Care Act program that offered coverage to people with pre-existing medical problems. At a town hall meeting earlier this year, Jeans confronted House Speaker Paul Ryan with his story. “Being both a small-business person and someone with pre-existing conditions, I rely on the Affordable Care Act to be able to purchase my own insurance,” Jeans told Ryan. Jeans created a Facebook page called “Obamacare Saved My Life,” where those who have been positively impacted by Obamacare can share their experiences. As Jeans’ story shows, the individual mandate matters, as it allows premiums to be low enough so that the health care system is accessible to people with pre-existing illnesses. The individual mandate is the Affordable Care Act’s requirement that most people buy health insurance or pay a penalty. Without the mandate, premiums are expected to rise by 10% for most years in the next decade.

Republicans have vowed to repeal and replace Obamacare, efforts that failed this summer, but took on another life in their overhaul of the tax code. Senate republicans want to eliminate the Affordable Care Act’s individual mandate, and have attached a provision to the $1.5 trillion tax cut to do so. Republicans hope that removing the individual mandate would allow lawmakers to save hundreds of billions of dollars to help pay for broad tax cuts to corporations and individuals. They are assuming that without the mandate, many people would no longer buy insurance, allowing the government to avoid spending billions on subsidies that the ACA provides to those under a certain income level to pay their insurance premiums. They hope that without the individual mandate, most people with lower health costs would choose not to buy insurance coverage. The Congressional Budget Office estimated that removing the mandate would result in $338 billion in savings and 13 million uninsured people by 2027.

But there are no guarantees that this is what would happen. According to the New York Times, “polling data, analysis from a private forecasting agency and interviews with people who buy coverage through the Affordable Care Act marketplaces suggest the savings could be far less, largely because many people who qualify for the subsidies will still take advantage of them.” Even if the mandate were no longer enforced, it seems likely that those who qualify for subsidies will continue to buy insurance. A survey by the nonpartisan Kaiser Family Foundation this past October found that only 7% of people who buy insurance on the individual market said they would choose to no longer buy coverage if the mandate were removed. Most said that the mandate was not why they chose to buy insurance. At the same time, consumers are confused about the current state of affairs: whether or not the marketplaces to buy insurance through Obamacare still exist, and whether or not they have an obligation to buy coverage. The marketplaces are still here, even as the government attempts to restrict affordable health care.

In a Slate article from May 2017, Mark Joseph Stern and Perry Grossman outline how Americans came to view health care as a right by drawing an analogy to marriage equality. Marriage was long viewed as a biblical sacrament and privilege that states honored through legal recognition, but states selectively granted marital privileges, discriminating based on race and sexuality. In the 20th century, civil rights attorneys challenged the idea of marriage as a religious benefit that states could discriminately revoke. Loving v. Virginia was a landmark civil rights decision made by the Supreme Court in 1967 that invalidated laws prohibiting interracial marriage. Marriage is now considered a right for all, not an exclusive privilege for those who qualify. Marriage equality was fought for on the same lines in the 21st century, culminating with Obergefell v. Hodges in 2015, when the Supreme Court ruled that the fundamental right to marry is guaranteed to same-sex couples. Marriage rights in the United States are now for everyone, regardless of sex or race. Stern and Grossman illustrate that a similar evolution has taken place in discussions on health care. Since the New Deal, democrats have vouched for universal health care. In 1978, Senator Ted Kennedy declared that health care “is a basic right for all, not just an expensive privilege for the few.” Obamacare’s expansion of health insurance coverage has given these ideals more weight. A poll by the Pew Research Center found that “60% of Americans say that the government should be responsible for ensuring health care coverage for all.” The rise in the belief that the government has a responsibility to provide health coverage is significant even among Republicans. Among middle-income Republicans, there was a 20-percentage-point increase (14% to 34%) from last year to now. Now more than ever, Americans consider health care to be a right.

Taking insurance away from millions of Americans and allowing Obamacare to crumble would be a failure of the government’s duty to protect its citizens’ lives. Even as Republicans’ last effort to dismantle Obamacare unfolds, they cannot dismantle how Americans think about health care in their lives. Americans have a right to affordable health care and they know it, and no selfishness or cruelty on behalf of the current government can change that. 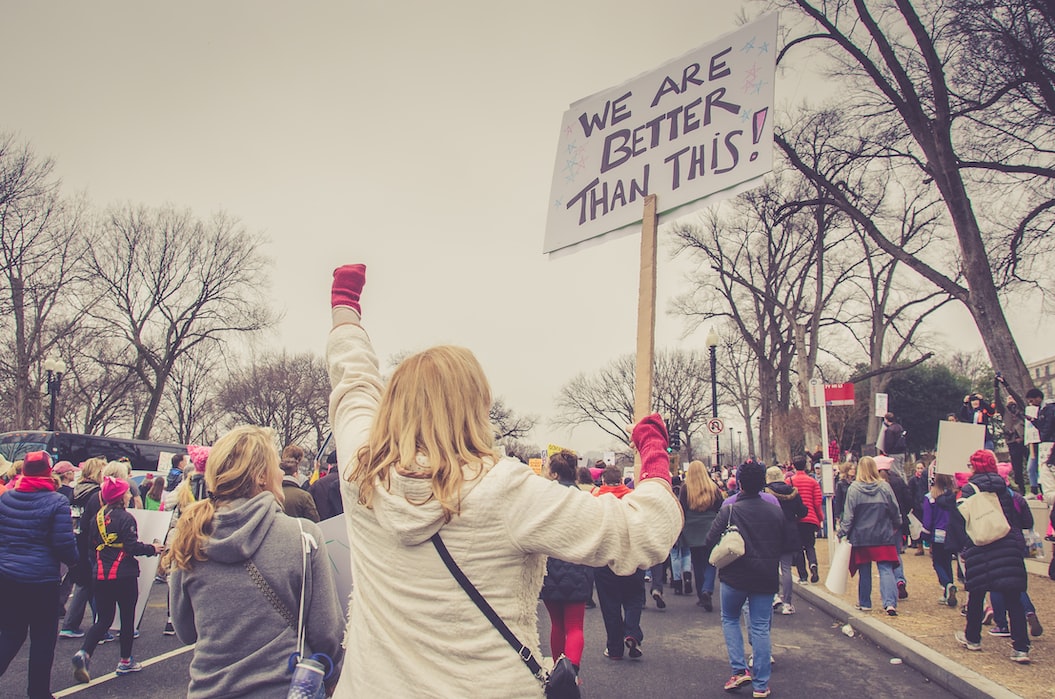