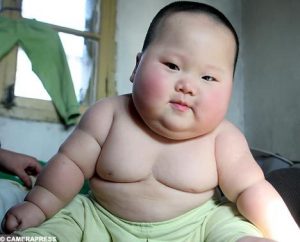 Yes, this is now what a typical report card looks like in Malaysia.  According to a BBC news article, the Malaysian government has mandated schools to record students’ BMI on their report cards as an effort in the national campaign against obesity.  Teachers are now required to measure the height and weight of their students.

Although the government claims that this is merely an effort to make parents more aware of their children’s weight and to help them monitor their health, it has stirred up quite the controversy in the West.  Anyone who has ever hid a report card from a parent knows why—fear and shame.

First, is BMI inherently different than a grade in a subject or a pass/fail in gym class?  If it is ethical to assign grades as a measure of effort and intelligence and a pass/fail benchmark as an assessment of physical fitness, why is it un-ethical to report BMI?  BMI is also a reflection of the individual student.  BMI is also changeable.  If we motivate students to study harder, exercise more, and behave better by issuing report cards with grades,  why is it unethical to motivate students to become healthier by the same mechanism?

A broader ethical issue is whether using shame/fear of punishment is an acceptable catalyst for positive behavior.  Report cards are not only informational for parents; they are also tools for parents to shame/punishment if their child performs poorly. Is this type of consequence-driven, negative-reinforcement ultimately beneficial?  Do the health and educational benefits outweigh the blows to self-esteem?  Malaysian teenage girls seem to think, yes!  They are in favor of this measure that will help them better self-motive to stay in shape.

So maybe this hullabaloo is much ado about nothing.  We can all agree that a campaign against obesity is a positive step—maybe it just looks different in different countries and different cultures.  In the U.S, we censure corporations and the fast-food culture.  In Malaysia, they crack down on the kids, through report cards.  Different cultures do things differently.  Malaysia doesn’t stick its nose in our business, so maybe we should not shove our outrage in theirs.

This also reminds me of the infamous Amy Chua, author of Battle Hymn of the Tiger Mother.  In her controversial Wall Street Journal article, Chua writes that:

Chinese mothers can say to their daughters, “Hey fatty—lose some weight.” By contrast, Western parents have to tiptoe around the issue, talking in terms of “health” and never ever mentioning the f-word.

Is she right?  Maybe our culture coddles children and assumes that anything and everything will deal an insufferable blow to their self-esteem.

My friend from Singapore recently told me that in his home-country, overweight and obese children were required to join the “Trim and Fit” club where they were given an apple at recess and made to run laps.  While I was horrified, he appeared perfectly nonchalant.  Apparently, the success rate was amazingly high while traumatization was low.  In fact, club members were not picked on mainly because it was an accepted and normal part of school.

Maybe reporting BMI on report cards will also become an uncontroversial norm.  After all, BMI is a number; F is not for fat. Cultural relativism is alive and well.