Beyond the ivory tower 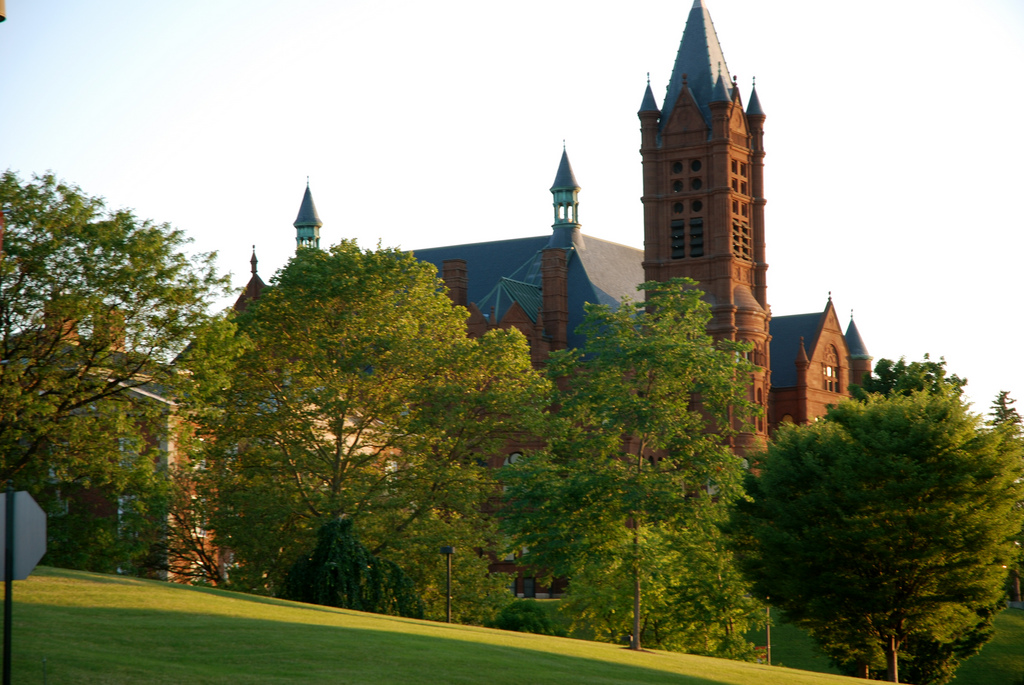 At Syracuse University, the line between a public and private institution has become blurry.

Earlier this month, The Chronicle of Higher Education analyzed the chancellorship of Nancy Cantor, who has pushed the university’s benefits past the campus’ walls and into the town of Syracuse. At the university’s expense, it has embarked on many city projects such as refurbishing public areas and offering tuition to local high school graduates under Cantor’s tenure. Although she has encouraged faculty members to focus their research on the town of Syracuse, some professors have blamed Cantor for SU’s sliding reputation and budgetary shortfalls.

“The administration will give you a list of things we’ve done to improve research and teaching, but what is the top priority?” Robert Van Gulick, a SU philosophy professor, asked the Chronicle. “Some people feel that off-campus things that have practical applications in the city and the world get most support. That’s good for the city, but is it good for the university?”

Cantor’s decision to focus on the town surrounding the university is a classically utilitarian choice: allocating resources in order to benefit the many (the town), at the expense of a few (the university).

On the one hand, a university’s mission is typically academic – though Cantor said she views SU more as a public good than an ivory tower – and professors have worked diligently to maintain the school’s academic goal, through teaching and research. It would seem only fair that the faculty would be able to reap the benefits of their labor, instead of watching their funds being funneled into the surrounding town. Additionally, I’m sure many would argue that the results of their research will inevitably benefit the public, and withholding funds from that research would only limit its capabilities.

But maybe partnering with the surrounding town would be more beneficial than not. In his book The Uses of the University, renowned educator Clark Kerr says issues of public concern have become major issues for American universities, spurring research about topics ranging from public health to national security and defense. This means that even private universities, such as SU, not only have a responsibility to the public but could benefit from this sort of partnership.

Kerr even notes that the ideal location for a university is in an industrial city verging on becoming a slum, much like Syracuse, because the school and town can work together to solve civic problems. Duke’s and the University of North Carolina’s growing relationship with the Raleigh-Durham area is a great example. Although there are many run-down and depressed areas of town, there is still a lot of potential for the area because of the work of students and faculty members and thriving industry in the Research Triangle. President Obama has even selected Durham to be the focal point of the new Jobs and Competitiveness Council, which can only mean good things for the surrounding universities.

When he spoke in Durham this summer, the Duke Chronicle reported President Obama saying, “Because you’ve got these great schools, you can hold your own talent draft—not just in basketball, but when it comes to highly skilled workers.”

A recent study conducted by researchers at Columbia University and Cornell University found that many people who hold utilitarian viewpoints, when applied in certain situations, also host psychopathic or Machiavellian tendencies. For example, permitting the torture of an innocent child so that an entire society may live in bliss, a utilitarian decision, might be considered cold by some.

Cantor, however, is exhibiting the good kind of utilitarianism – making a few professors a little bit angry in order to revitalize an entire town in desperate need of help.