The Ethics of the Going Dark Debate, feat. Stephanie Pell 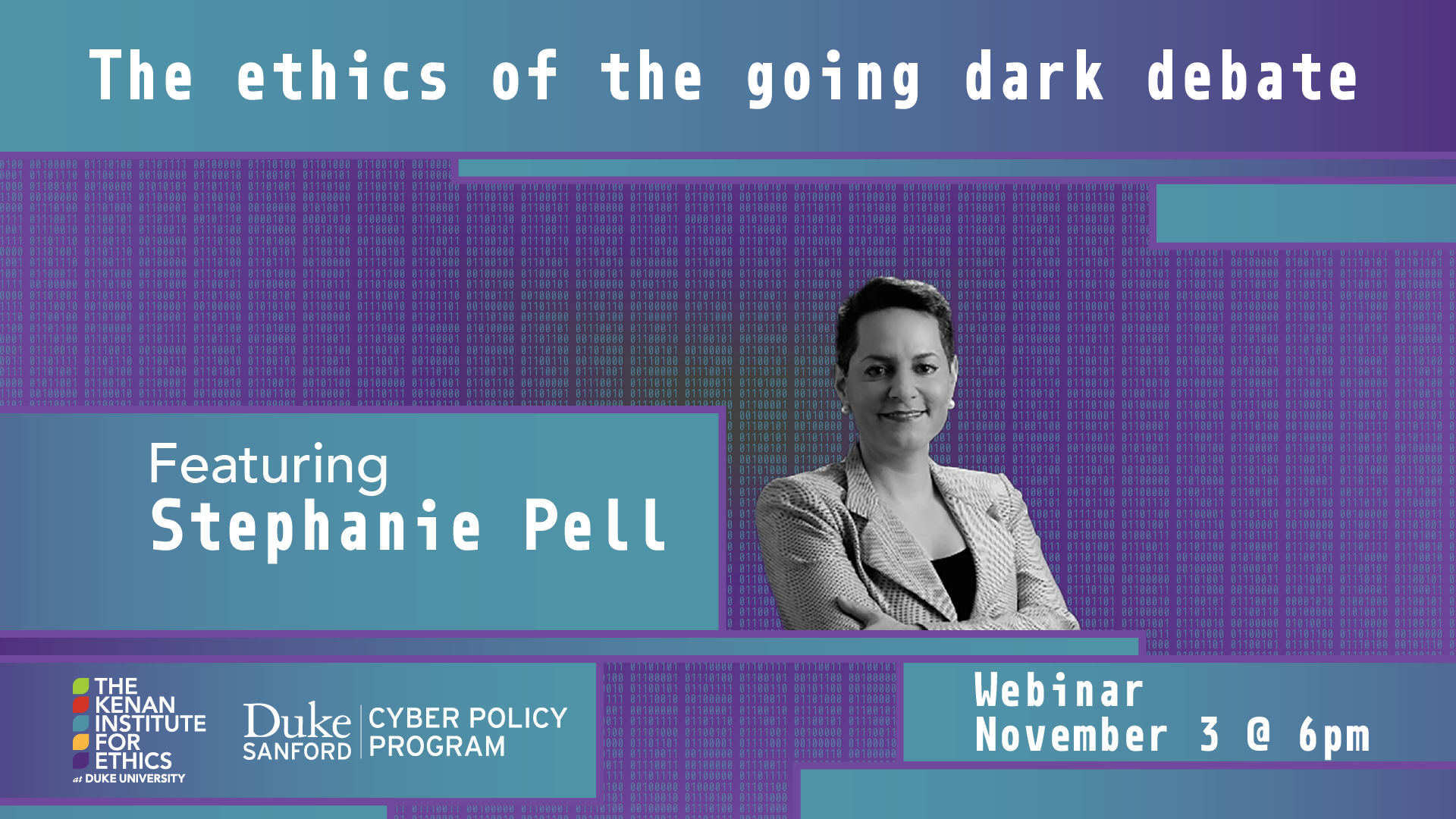 Following the deadly San Bernardino attack in December 2015, two modern-day titans, one of government and one of industry, clashed over a legal question of surpassing importance for modern communications technology: whether the Department of Justice (DOJ) and the Federal Bureau of Investigation (FBI) could force Apple to write and sign a modified version of its iOS operating system in order to defeat two security features designed by Apple expressly to protect information stored on an iPhone. Ultimately, the DOJ withdrew its efforts to compel Apple’s cooperation because the FBI identified a third party capable of hacking the phone to secure access to its digital content.

The San Bernardino FBI v. Apple case is, to date, probably the most high-profile public expression of the current “Going Dark” debate and was, at the time, an ideal case for the FBI to frame its equities in this debate. The Going Dark debate concerns how society and the technology industry should address the challenges law enforcement faces due to the increasing use of encryption, which protects the security of user data vis- à-vis the world in general, but in the process often renders it inaccessible to law enforcement by preventing communication service providers and mobile device manufacturers from accessing that data, thereby rendering them unable to provide it to law enforcement, even in response to a valid warrant. Since the time of the San Bernardino attack, however, law enforcement apparently has a range of resources to assist in securing access to encrypted communications and data, suggesting that encryption does not pose the existential threat to criminal investigations that law enforcement has often asserted.

This talk will explore ethical issues surrounding the Going Dark debate, with a particular focus on broader questions at the intersection of race and technology invoked by efforts to grant law enforcement greater and more efficient surveillance powers.