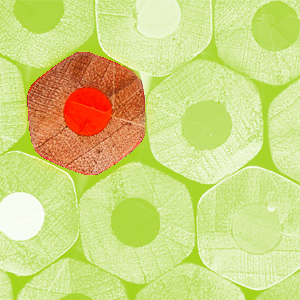 Many of you may have watched or heard about Jesse Watters’ Chinatown video, in which Watters, under the guise of interviewing passersby and sampling political opinions, unleashed a stream of offensive stereotypes and ridicule Chinese-Americans who don’t speak English. A few days later, a New York Times journalist and Harvard alum published an article describing his experience of being told to “go back to China.” This sparked the hashtag #thisis2016, with people taking to Twitter to recount recent experiences of racial aggression against Asian Americans.

Like most others, I was furious at this series of events. After all, this is 2016. How could anyone remain so ignorant and closed-minded in the face of ever-increasing globalization and diversity? But over the last few weeks, I began to contemplate what it really means to be Asian-American in American society today. In an election cycle when hate speech runs rampant and racial tensions are high, I felt compelled to write a piece on my own experiences as an Asian-American student growing up in the south.

I first heard of cultural appropriation while reading an article on the fetishization of “Asian” food in popular American culture. Over the years, I’ve had to reflect on my Chinese lunches in elementary school, recalling memories of shame and looks of disgust from my classmates (much like the story of Eddie Huang in Fresh off the Boat). Yet, my parents never seemed to put much thought to similar experiences. More and more Asian restaurants began popping up around town, and while my memories transformed themselves into feelings of frustration, my parents remained largely indifferent.

Now, I realize that this difference in attitude stems from a generational gap, spurred on by low levels of cross-cultural awareness in the past and longer periods of marginalization. This was further exacerbated by an underlying cultural gap. I remember how much I dreaded the question, “So where are you from?” during self-introductions. On the other hand, my parents gladly responded with China, and would laugh when the stranger then decided to show off his/her impeccable Chinese accent. My mom would always tell me to “make more white friends,” because to her, assimilation was the solution to marginalization. Living in a society where racially-based microaggression towards Asian-Americans was (and remains, to some extent) acceptable, my parents mistook interest for understanding and exoticization for acceptance.

In attempts to replace this model, I have been trying to understand my identity as an Asian-American at Duke. Yet, I remain as uncertain as ever. As much as I rejected my mom’s ideas of assimilation, at times I find it hard not to assimilate to fit in. I think that, beneath the surface, there is a sort of self-imposed segregation at Duke that can be deeply polarizing; I oftentimes find myself feeling awkward in large groups of Asians, perhaps stemming from a fear of being labeled as “one of those Asians.” As a result, I try to remedy this perhaps unfounded fear by seeking out a diverse group of friends. While these friendships are not quite intentional in nature, they do make me to question how I view my own identity and relationships.

I started to realize the irony of my mentality. I had been angry at Watters for rejecting the Americanness of Asian immigrants; yet, how can I be upset if I am guilty of doing just the same? When trying to distance myself from the Asian stereotype, am I serving as a counterexample to the mold or only becoming part of the problem? And ultimately, have these views been instilled in me by society or are they simply self-perpetuating biases?

All of these thoughts swirling around in my head have revealed to me only one thing: race and prejudice are complex issues, much too complex to resolve with anger or dismissal. And we may not have any answers now, but at least we’re getting closer, one outrageous news story at a time.