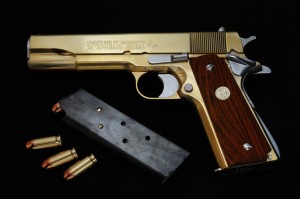 Watching this video of a dad chastising her daughter online and then finally shooting her laptop because of what she posted on Facebook, I couldn’t help but grin at the absurdity of the whole episode. The absurdity is not about the fact that the daughter aired her disagreements with her parents to the public, nor is it about the fact that she refused to do what to me would appear to be very trivial chores. It is the fact that the father is doing exactly what his daughter did; going public with his grievances about his daughter. Yes, like daughter, like father. An act he might have intended to be a tough lesson seems to have morphed into an act of retribution.

This video prompts a lot of questions that I do not necessary have opinions on, let alone answers to. Some of the issues are: As a parent, what do you do when your child disobeys you? Do you have a legal or moral right to punish them? As a child, what responsibilities do you have to your parents and where do these responsibilities stop? Should children be able to broadcast to the public what they think about their parents? Or should the dignity and privacy of their family come before their opinions? To what extent are parents responsible for their children’s activities online? Does this responsibility give parents the right to use their technological expertise to spy on their kids online? Does the laptop a parent buys for their child belong to them or the child? Do you as a parent have a right to destroy such property/gifts just because you bought them? And finally, does the right to own a gun give you a right to use it to destroy the laptop you bought your child?

The one issue I would like to touch on is that of parents monitoring what their kids do online. Just as it is natural for parents to want to know what their twelve-year-old child is up to when they go outside with their friends, it would seem reasonable for a parent to also want to know what their child was up to online. Unfortunately, parents can’t just take what their child tells them they were doing to be true. The range of activities that youngsters can engage in online is virtually infinite, creating countless avenues for parents to worry about. As a result, some parents resort to using online monitoring technology in a bid to protect their kids from the obvious dangers lurking behind their screens.

However, many would agree that this concern about their kids’ safety results in parents invading the privacy of their kids. Currently, software that can monitor a child’s chat history in various social media is available to parents at cheap prices, giving them an intimate look into their kids’ actions online. While some would say that this ability to monitor the minutest detail of what their kids do online gives parents greater opportunities to protect their children from online predators, most people would scorn at a parent who tapes a tape recorder on their child’s chest in a bid to monitor who they talk to and what they talk about when they leave the house.

Ultimately, the ethical issues boil down to the level of monitoring parents do chose to engage in, whether they inform their children about it and how they react to what they find their kids have been up to online. Rebuking your child in front of the whole world might not be the best way to get her to listen to you. Neither is such thoughtless display of the powers of a gun necessary.