A new exhibit at the Kenan Institute for Ethics highlights the human costs of a long-standing immigration policy.

Housed in the Keohane-Kenan Gallery in the West Duke Building, Hostile Terrain 94 derives its name from a U.S. Border Patrol policy, implemented in 1994, called “prevention through deterrence.” This policy increased the number of agents and resources at the border, blocking traditional entry and smuggling routes.

With these routes blocked, migrants attempting to enter the United States were forced to cross the “hostile terrain” of the desert and mountain ranges abutting the border. Over 3,200 people died attempting this journey between 1994 and 2019—men, women, and children of all ages.

The exhibit is a floor-to-ceiling map of the border that seeks to commemorate them. Volunteers filled out thousands of toe tags, one for each person who died. Using geocodes, the tags were then pinned on the map at the precise location where their bodies were found.

The resulting exhibit, with its overwhelming number of tags, allows viewers to feel the impact of this geography of death along the border, contemplate its scale, and mourn the lives lost.

Kenan is one of many institutions across the country that have mounted the exhibit, as part of the Undocumented Migration Project.

International law distinguishes the annual movement of immigrant workers crossing borders from asylum seekers fleeing violence in their home countries. However, the unknown circumstances surrounding migrant deaths on the U.S.-Mexico border makes it impossible to define victims as belonging to one category or another.

Many of the people whose names are on the wall died from exposure, Ortega-Estrada said. Temperatures in the Sonoran Desert range from daily highs of over 110-degrees Fahrenheit to high 30-degrees at night.

The toe tags state the cause of death, which was not always due to the elements. “Some of them can be pretty gruesome,” Ortega-Estrada said. “From shootings to the head to hanging. You realize that battling the harsh elements is just one of the many dangers they have to face on their journey.”

Mounting the exhibit was a labor-intensive process that required a significant number of volunteers to fill out the 3,200 toe tags and pin them to the map. Ortega-Estrada recruited local volunteers from Durham and Orange Counties, including Duke students (with connections to migration, whether through their coursework or personal experience), high school students (including American History, Latinx Studies, and ESL classes), and church members.

Several of the volunteers whose families migrated to the U.S. talked about their lost loved ones, some whose remains were never found and consecrated.

“Crossing the border isn’t something they wanted to do,” Ortega-Estrada said. “In a culture that places such heavy emphasis on family ideals, decisions to leave their friends and family behind are often a last resort.”

Ortega-Estrada said that the task of filling out the toe tags for unidentified human remains elicited the most reflections from attendees.

In sharing border-crossing experiences while filling out the toe tags, volunteers created a space of remembrance. “The act of hand-writing gave these individuals a space to feel and to remember their own experience,” Ortega-Estrada said.

Hostile Terrain is currently on view in the Keohane-Kenan Gallery on the first floor of the West Duke Building. 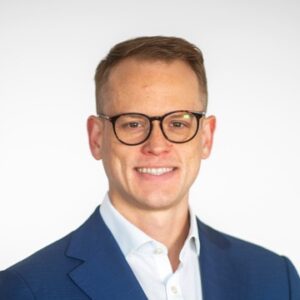