The Resurrection of the “Science” of Race and Social Darwinism through the Use of Indexes: A Critical Perspective, Apr. 10th 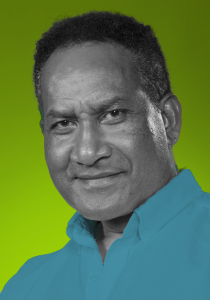 This paper provides a critique of the way in which indexes (such as the Governance Index, Development Index, Fragile State Index, Corruption Index, etc.) categorize and stratify societies using variables which tend to favour “western” societies and cast the “rest” as belonging to the lower strata of humanity. Under the guise of being “scientific” through the use of quantitative methods, the indexes have been used widely by international agencies, donor governments, academics and civil society organizations as guide for aid, military and political intervention and development policies for the global South. The paper argues that there are deeper ideological, political and ethno-cultural assumptions embedded in the indexes which reinforce age-old cultural stereotypes, institutionalize racialization of the global order and legitimize big power intervention and hegemonic control.

Professor Steven Ratuva is Director of the Macmillan Brown Centre for Pacific Studies and Professor in Anthropology and Sociology at the University of Canterbury in New Zealand. He is Chair of the International Political Science Association research committee on democratization and the military and project leader and editor in chief of the Palgrave Macmillan-Springer global ethnicity handbook project. He is founding editor-in-chief of the Pacific Dynamics: Journal of Interdisciplinary Research and Pacific Policy Briefs series. Currently, he is in the US as Fulbright senior scholar at UCLA, Duke and Georgetown, carrying out research on horizontal inequality, Pacific minorities and affirmative action in New Zealand and the US. He is an interdisciplinary scholar who crosses the boundaries between sociology, politics, anthropology, economics, development studies, history, Pacific studies and philosophy with a critical thought slant. He has written extensively on nationalism, indigenous knowledge, coups, political transition, affirmative action, social protection, security, development, electoral engineering, ethnicity, conflict, peace and social change.

Lunch will be provided. Please RSVP to sk272@duke.edu

The African and African American Studies Department at Duke.