Rethinking Regulation Seminar: Are the Rising Powers a Threat to the International Order? Global Market Governance in Flux 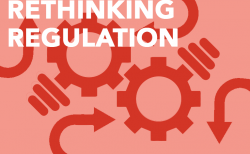 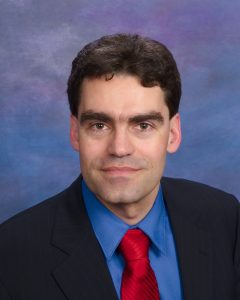 Wednesday, September 5
12:30 pm – 1:30 pm
Law School room 4045
Lunch provided.
We are in the midst of a major power transition in the world economy and the governance of global markets.  Over the past twenty years, China, India, and Brazil have gone from being large but mostly poor to being major powers in the world economy.  Having developed substantial regulatory capability and capacity, they are also now in a position to challenge the traditional predominance of the United States and the EU in setting the rules for global markets.  The project, on which the presentation is based, starts from — and then substantially further develops — power transition theory to understand the consequences of these changes.  The resulting modified power transition theory yields differentiated hypotheses about the conditions under which a major power transition will lead to conflict and breakdown in the global order or cooperation and accommodation.  Drawing on joint work that is forthcoming as a special issue of Regulation & Governance, I will then provide an overview of the consequence of the rise of China, India and Brazil for multiple regulatory issue areas, including labor rights and labor mobility, intellectual property norms, public procurement rules, competition policy, and trade finance.
Tim Büthe, a founding member of Duke’s Rethinking Regulation project, is a non-resident senior fellow at the Kenan Institute for Ethics at Duke University and a professor of political science and public policy at the Hochschule für Politik/School of Governance of the Technical University of Munich (TUM), where he also holds the Chair for International Relations.  His research seeks to improve our understanding of political aspects of international economic relations, especially regulatory politics and policy.  Specific projects focus on the role of “technical” standards and other regulatory measures in the governance of international product and financial markets, the causes and consequences of the rapid global diffusion of competition law and policy, political risks in foreign direct investment, and private development aid.  Büthe studied at Goethe-University in Frankfurt, Germany, Harvard University (BA 1995) and Columbia University (Ph.D. 2002). From 2004 to 2018, he was on the faculty of Duke University, most recently as associate research professor, having previously taught at Stanford and Columbia University and held postdoctoral research appointments at Harvard University and the University of California, Berkeley.
Find more information about the Rethinking Regulation program at https://kenan.ethics.duke.edu/programs/rethinking-regulation/.
+ Google Calendar+ Add to iCalendar