Love Your Enemies? Depolarization in the Age of Donald Trump 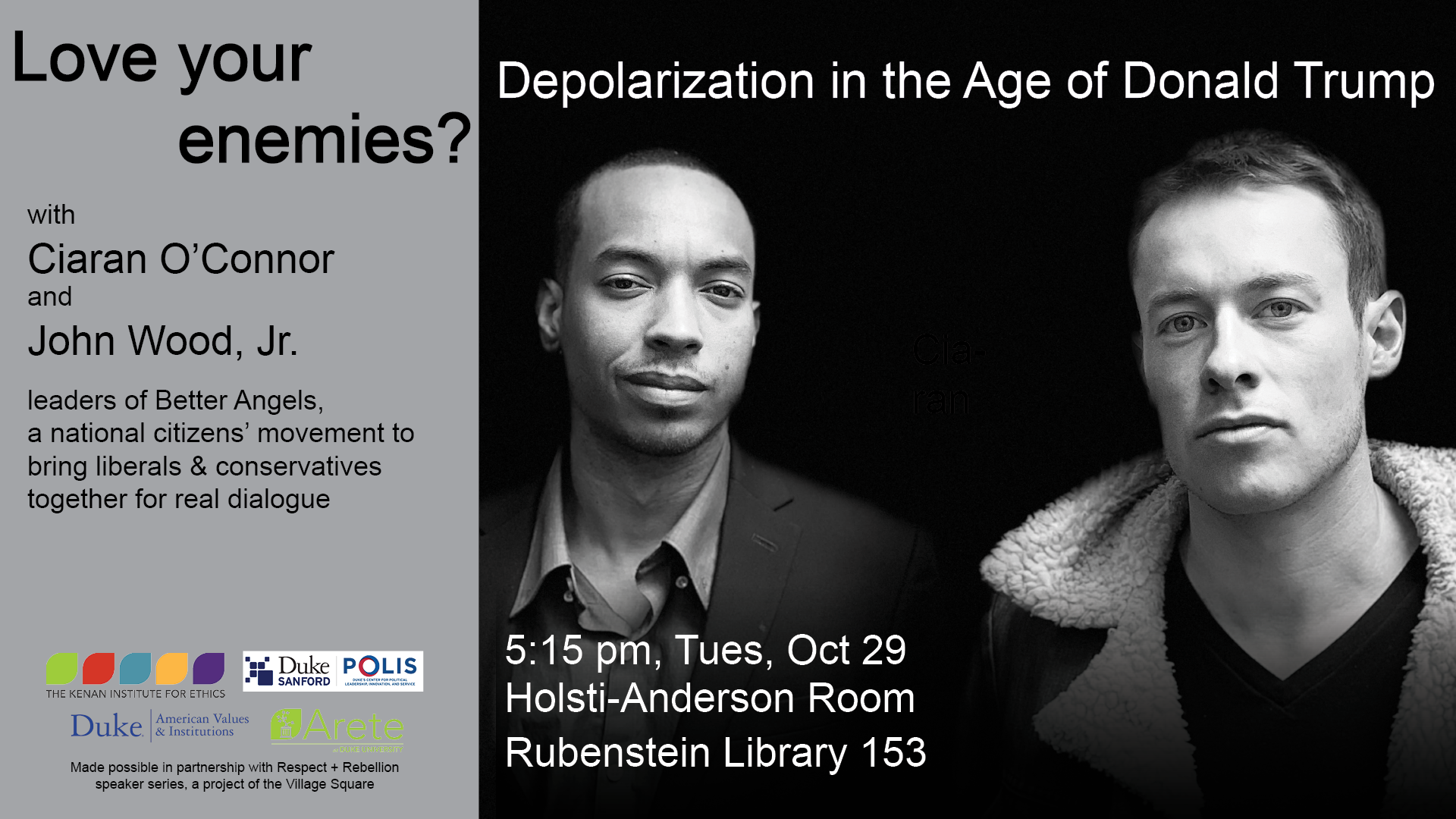 Today Americans increasingly view their political opponents not only as misguided, but also as bad people whose ways of thinking are dangerous and incomprehensible. This degree of civic rancor threatens our democracy.

How can we learn how to talk to one another and find common humanity across partisan divides? How should we engage with “the other side” without compromising our values? Is “Love Your Enemies” a worthwhile philosophy in today’s day and age, or is it naive and counterproductive?

Launched in 2016, Better Angels is a national citizens’ movement to bring liberals and conservatives together at the grassroots level — not to find centrist compromise, but to encounter one another as citizens. Through workshops, debates, and campus engagement, Better Angels helps Americans understand each other beyond stereotypes, form community alliances, and reduce the vitriol that poisons our civic culture.

Together they bring their work — and their friendship — to Duke to talk, listen, and explore what Lincoln’s notion of our “Better Angels” means in 2019.

Made possible in partnership with Respect + Rebellion speaker series, a project of The Village Square.

Kenan Institute for Ethics
Duke Program in American Values and Institutions
POLIS: The Center for Political Leadership, Innovation and Service