In Defense of Terrible Television 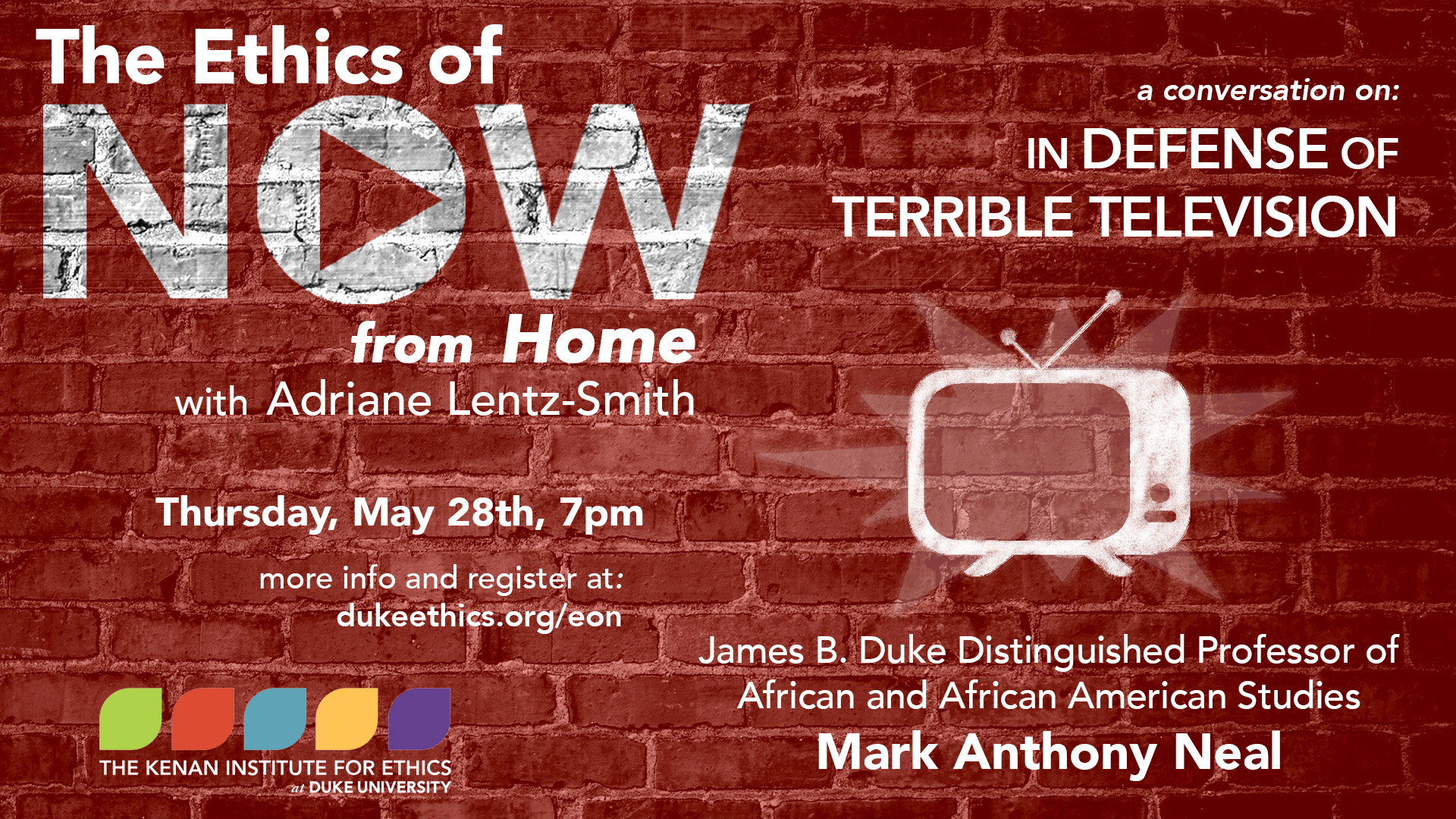 The Ethics of Now with Adriane Lentz-Smith continues from home with a series of brief, thoughtful and timely conversations about the ethical dilemmas of this historic moment. This week, join Professor Lentz-Smith and James B. Duke Distinguished Professor of African and African American Studies Mark Anthony Neal for the conversation “In Defense of Terrible Television.”  After registering, you will receive a confirmation email about joining the webinar.

Mark Anthony Neal is Chair of the Department of African & African American Studies and the founding director of the Center for Arts, Digital Culture and Entrepreneurship (CADCE) at Duke University where he offers courses on Black Masculinity, Popular Culture, and Digital Humanities, including signature courses on Michael Jackson & the Black Performance Tradition, and The History of Hip-Hop, which he co-teaches with Grammy Award Winning producer 9th Wonder (Patrick Douthit).

He also co-directs the Duke Council on Race and Ethnicity (DCORE).

He is the author of several books including What the Music Said: Black Popular Music and Black Public Culture (1999), Soul Babies: Black Popular Culture and the Post-Soul Aesthetic (2002) and Looking for Leroy: Illegible Black Masculinities (2013).  The 10th Anniversary edition of Neal’s New Black Man was published in February of 2015 by Routledge. Neal is co-editor of That’s the Joint: The Hip-Hop Studies Reader (Routledge), now in its second edition. Additionally Neal host of the video webcast Left of Black, which is produced in collaboration with the John Hope Franklin Center at Duke. You can follow him on Twitter at @NewBlackMan.