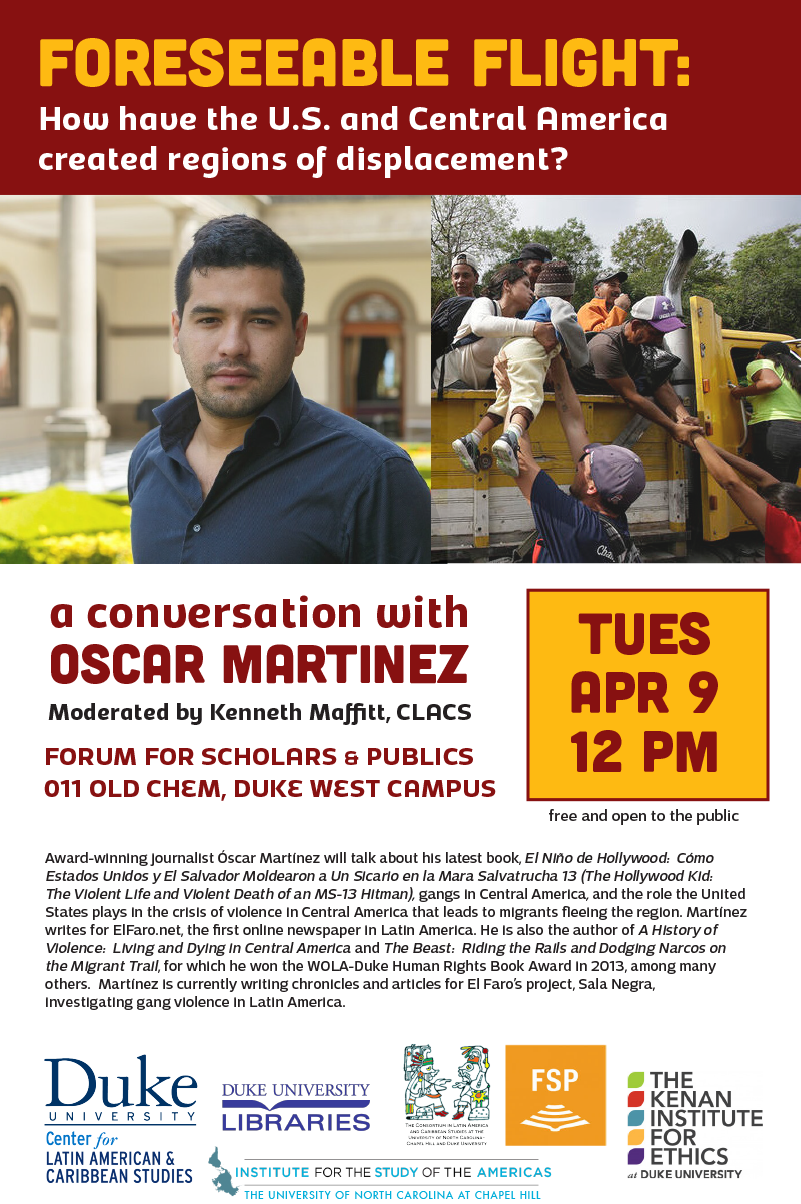 Award-winning journalist Óscar Martínez will talk about his latest book, El Niño de Hollywood:  Cómo Estados Unidos y El Salvador Moldearon a Un Sicario en la Mara Salvatrucha 13 (The Hollywood Kid: The Violent Life and Violent Death of an MS-13 Hitman), gangs in Central America, and the role the United States plays in the crisis of violence in Central America that leads to migrants fleeing the region. Martínez writes for ElFaro.net, the first online newspaper in Latin America. He is also the author of A History of Violence:  Living and Dying in Central America and The Beast: Riding the Rails and Dodging Narcos on the Migrant Trail, for which he won the WOLA-Duke Human Rights Book Award in 2013, among many others. Martínez is currently writing chronicles and articles for El Faro’s project, Sala Negra, investigating gang violence in Latin America.