“Embracing Impurity: Modern Migrancy and the Human Condition” – A Talk by Mohsin Hamid 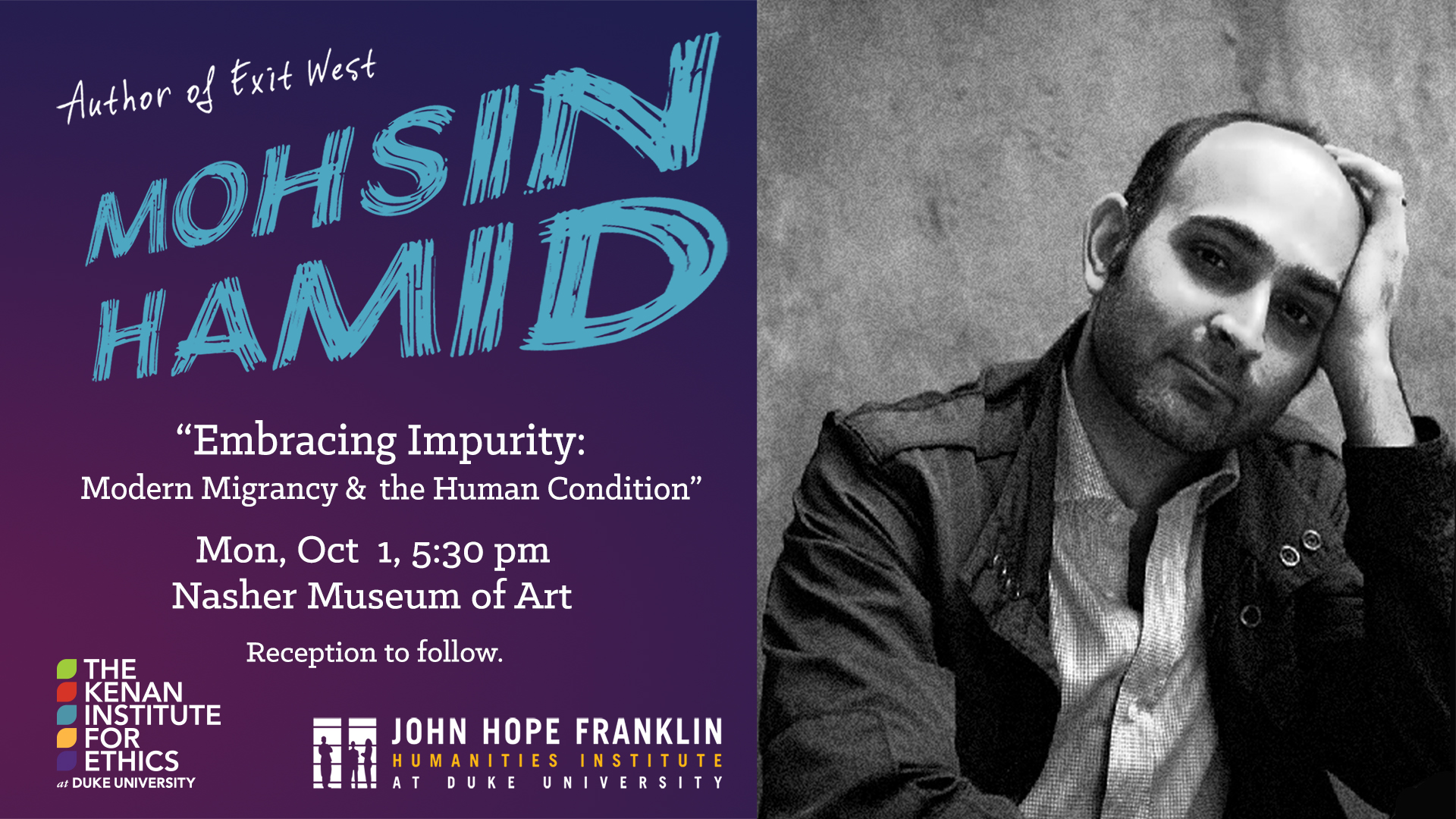 Mohsin Hamid’s first novel, Moth Smoke (2000), tells the story of an ex-banker and heroin addict in contemporary Lahore. It was published in 14 languages and was a finalist for the PEN/Hemingway Award.

His second novel, The Reluctant Fundamentalist (2007), recounts a Pakistani man’s abandonment of his high-flying life in New York. Published in over 30 languages, it was shortlisted for the Man Booker Prize.

Hamid’s next novel, How to Get Filthy Rich in Rising Asia (2013), is both a love story and an exploration of mass-urbanization and global economic transformation – all in the apparent guise of a self-help book. Michiko Kakutani of The New York Times said that the novel “reaffirms [Hamid’s] place as one of his generation’s most inventive and gifted writers.”

Mohsin Hamid writes regularly for The New York Times, The Guardian, and The New York Review of Books. In 2013, Foreign Policy magazine named him one of the world’s 100 Leading Global Thinkers. His fourth novel, Exit West, was a New York Times bestseller and a finalist for the Man Booker Prize.

Mohsin Hamid was born in 1971 in Lahore. He grew up mostly in Pakistan but spent part of his childhood in California and returned to America to attend Princeton University and Harvard Law School. He then worked in New York and London as a management consultant before returning to Lahore to pursue writing full-time.

Hamid’s talk will be followed by a reception and book signing.