Calling for an End to Indefinite Detention: the Spatial Politics of Refugee Tales 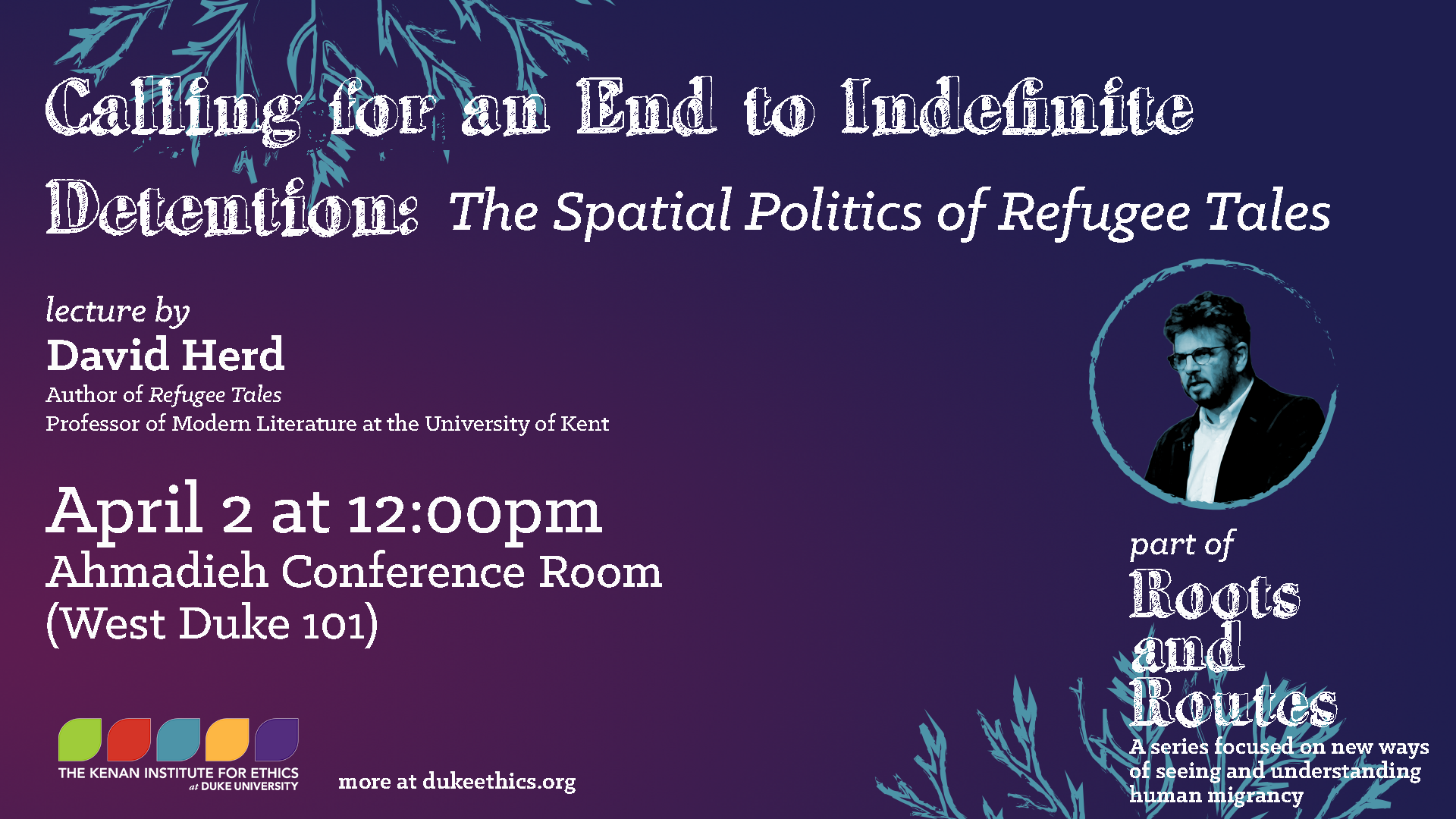 David Herd is a poet, critic, and Professor of Modern Literature at the University of Kent. His poems, essays and reviews have been widely published in magazines, journals and newspapers around the world. He is co-organizer of the project Refugee Tales, an outreach project of the Gatwick Detainees Welfare Group inspired by the experiences of people held in immigration detention at Gatwick. The book by the same name tells the stories of individuals who have direct experience with Britain’s policy of indefinite immigration detention.

Join the Kenan Institute for Ethics for a lunchtime discussion with David Herd on April 2 at 12:00PM.