Care in the Era of COVID-19 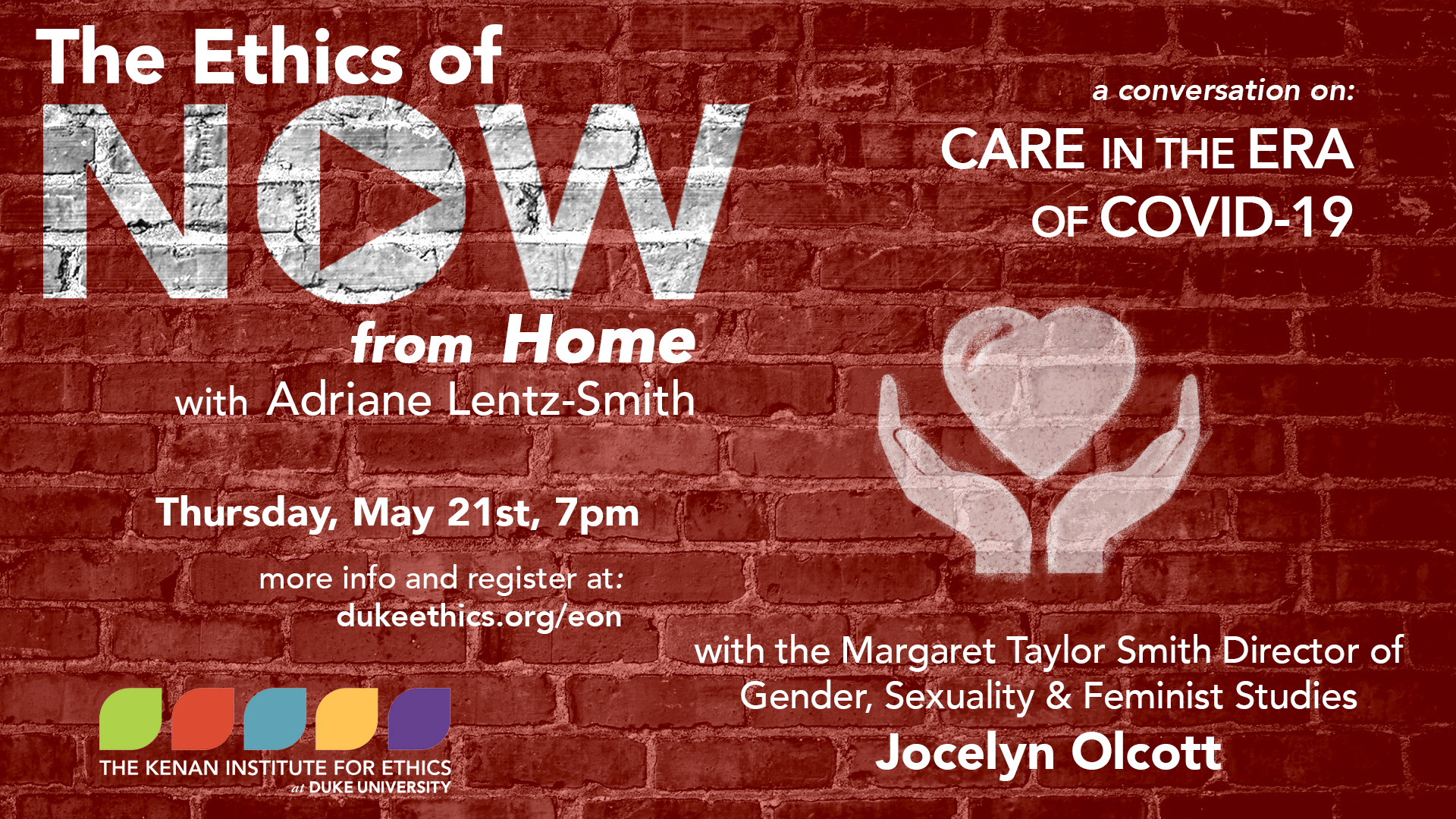 The Ethics of Now with Adriane Lentz-Smith continues from home with a series of brief, thoughtful and timely conversations about the ethical dilemmas of this historic moment. This week, join Professor Lentz-Smith and the Margaret Taylor Smith Director of Gender, Sexuality & Feminist Studies Jocelyn Olcott for the conversation “Care in the Era of COVID-19.” After registering, you will receive a confirmation email about joining the webinar.

Jocelyn Olcott is Professor of History; International Comparative Studies; and Gender, Sexuality, and Feminist Studies at Duke University. Her first book, Revolutionary Women in Postrevolutionary Mexico, explores questions of gender and citizenship in the 1930s. Her second book, International Women’s Year: The Greatest Consciousness-Raising Event in History considers the history and legacies of the United Nation’s first world conference on women in 1975 in Mexico City (Oxford University Press, 2017). Her current project, a biography of the activist and folksinger Concha Michel, a one-time Communist who became an icon of maternalist feminism and a vocal advocate for recognizing the economic importance of subsistence labors, is under contract with Duke University Press. The book follows Michel’s life story from the late nineteenth century to the late twentieth to examine the ways that the concept, labor, and policies surrounding “motherhood” articulated with major shifts in political-economic thought. She has also embarked on an international, interdisciplinary project centered on rethinking the value of care labors broadly speaking, including not only dependent and household care but also, for example, environmental, community, cultural, and sexual care.