By Amelia Cheatham on August 10, 2018
Austin Tice wasn’t the first journalist to drop off the grid in war-torn Syria.  And since his August 2012 disappearance, countless others have been kidnapped or killed there.

On Nov. 2, 2016—International Day to End Impunity for Crimes Against Journalists—a banner featuring Tice’s beaming face and #FreeAustinTice was affixed to the Newseum’s Pennsylvania Avenue façade.  The organization’s then-president and CEO declared, “This banner will stay in front of the Newseum until Austin Tice is released. It will be here if he is not released before Jan. 20, when the next president walks by.”

The banner has stayed.  Nine blocks away, “the next president” is waging war against the “fake media.”  On Feb. 4—the 2,001st day since Tice last contacted his family—Twitter user @Judith08 noted, “How sad that someone could be missing for over 5 years and I am just now hearing about it.  Why doesn’t this government CARE?”  Seemingly straightforward, Judith’s query highlights a central challenge to promoting journalists’ human rights: catalyzing public and political buy-in.

Indeed, advocating for and safeguarding journalists’ rights to life is a complex undertaking.  While numerous parties—including readers and the government—appear to be stakeholders, the extent to which they have embraced these roles is debatable.  Currently, the burden falls on press interest organizations and reporters themselves.  These groups demonstrate definite aptitude for activism, yet self-advocacy is plagued by challenges.  Ultimately, current societal indifference to the media’s plight is embarrassing.  Readers must not abandon journalists to bear violence’s enormous pressures alone but rather help safeguard those whose work entertains and educates them.

While 15.6 million people “liked” a Feb. 6 image of reality star Kylie Jenner’s infant daughter, just over 2,500 follow the @FreeAustinTice Twitter account.  Public advocacy for press safety does occur; thousands of Malta’s 430,000 citizens protested after Daphne Caruana Galizia was killed in October.  But mounting hostility toward journalists means readers—for whom the reporters behind eye-catching headlines are often afterthoughts—cannot be depended on as defenders of justice.  In 2012, social media users advocated the execution of a Saudi journalist for blasphemy.

Contrary to Judith’s assumption, Tice’s family says the Trump administration does care about his plight and is “all in, fifth gear.”  Yet, officials’ inability to publicly divulge progress in hostage negotiations may facilitate stagnation of public interest. Government support for embattled journalists is also complicated by growing perceptions of the press as an additional adversary in conflict zones.

Thus, addressing Judith’s concerns and, more importantly, journalist-directed violence falls to a select group of international and local media-interest groups.  The Committee to Protect Journalists, Reporters Sans Frontières  and Article 19 are among the most prominent.  Others advocate freedom of the press and protection of reporters because they deeply understand alternative realities; the James W. Foley Legacy Foundation, Daniel Pearl Foundation and the 2Lives Steven Joel Sotloff Memorial Foundation were all named for murdered journalists.

Meanwhile, media worker collectives confront press-targeting and impunity at the micro level.  This is crucial, as diverse regional and cultural factors complicate efforts to address violence against journalists as a cohesive human rights violation.  Such grassroots activism includes Pakistan’s Editors for Safety, a coalition with the credo that “an attack on one media professional or organization should be considered an attack on the entire Pakistani media.”  Though recent information about the group is scarce, a 2016 article highlights its role in recovering a kidnapped reporter.  Similarly, Mexican media workers have mobilized to establish #AgendaDePeriodistas, an industry-wide initiative fighting press-directed violence.

Advocacy for journalists by journalists has several strengths.  First, the cause’s champions are personally invested in its success.  To them, reporters’ human rights are not abstract interpretations of international humanitarian law but life and death.  Defending them means avenging fallen colleagues, and journalists leverage their access to audiences to publicize their collective plight.

Second, organizations that support media understand media.  Indeed, projects like mapping attacks illustrate the value of advocates’ digital literacy.  Groups like RSF maintain dynamic Twitter feeds, adeptly disseminating accounts of reporter-directed violence to mass audiences.  Yet, whether they reach a choir of already-aware journalists or mobilize new supporters for the cause is unclear.

Evidently, media-led advocacy of colleagues’ human rights has its drawbacks.  First, by reporting their own plight, journalists compromise their objectivity, which the public often perceives as integral to the press.  Thus, while covering media worker murders preserves the industry’s “gold standard” of telling the truth, it may alienate audiences.  Instead, advocacy must rally the public as crucial stakeholders and secondary victims in the dual human rights violation of reporter-directed violence.

Second, frankly stated, journalists cannot trust their own activist coverage of this issue.  Understandably, Mexico’s culture of mass violence against the mass media has prompted industry “self-censorship, under-reporting of organized crime, and the corruption and state complicity that comes with it.”  When press freedoms are constrained—either de jure or de facto—and journalistic attempts to combat strife actually incite it, local reporters’ capacity to effectively self-advocate dwindles.

Similarly, fellow reporters may prove unreliable allies for victimized journalists when industry pressures and constraints catalyze inter-outlet rivalries.  Indeed, Pakistani media have previously failed to report violence against competing organizations, compounding an already-dangerous environment.  According to Zaffar Abbas, “The reason media outlets were not able to speak with one voice was their commercial interests, and this lack of unity had become a huge problem for the safety of journalists.”

Indeed, the modern mediascape’s economic tensions fuel reporter-directed violence, facilitate impunity for aggressors and plague human rights campaigns.  As foreign bureau budgets dry up, news organizations increasingly rely on “freelancers.”  While often glamorized, these staples of modern conflict zones are often ill-equipped—experientially, materially and financially—and grossly undercompensated.  In service to society, they may pay the ultimate price; of the 115 journalists killed in Syria since 2011, 44 were freelancers, CPJ says.

Such statistics force news organizations to weigh protecting their reporters’ lives with informing their readers.  Indeed, several major outlets have stopped accepting freelance work from Syria.  Human rights are, in theory, indivisible; one cannot suppress some rights to promote others.  Yet, practice complicates this concept.  Defense of journalists’ rights to life and full realization of the public’s right to education are arguably inversely-correlated; reporters putting themselves in harm’s way puts papers on readers’ stoops.

Counter intuitively, promoting both sets of rights requires further entangling the two groups.  A fiercely-felt ethos of public service is already at journalism’s core.  Now we must drag press-directed violence into even the periphery of public awareness.  Indeed, readers are obligated to partner with existent advocacy groups to safeguard journalists as fellow humans, exercising an “ethos of press service.”  And, as Judith’s dejection and frustration indicate, they likely care—if they know about it.

Yet, advocacy is not always altruistic and public awareness can be perilous; as outlets learned from Daniel Pearl’s 2002 kidnapping and murder, hostages may have a better shot at escaping alive without a spot on Larry King Live.  Thus, though justice is crucial, it’s equally important to consider how this is best achieved.  In what circumstances can audience involvement beneficially bolster existent advocacy?  And when, like Tice’s whereabouts, are these efforts best hidden from public view? 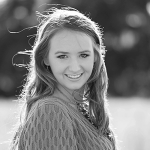