Where are you from? 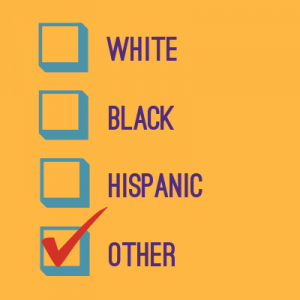 “No but where are you REALLY from?”

“Fine, don’t be difficult. What’s your ethnicity/nationality/what are you?”

All of these are questions I receive daily. As a racially ambiguous person, people (often strangers) regularly approach me feeling entitled to the knowledge of my heritage and family background. When I was younger, I’d answer quickly, feeling uncomfortable with the speculation and attention, but now I have a few responses ready to throw back.

When I’m asked where I’m from, I let them know I’m from California. When people ask about my nationality, I promptly inform them I’m American. When they ask what I am, I tell them I’m human. For some reason, they don’t like those answers. Why not? It’s the truth!

For centuries now, European culture and the “white man” mentality have fetishized and exoticized people, particularly women, of color, by routinely sexualizing and diminishing them. Maybe that’s why I bristle when I get asked this question over and over and over. It’s not meant to be an insult – it never is and I know that. But the question itself, and the entitled attitude it often comes with, perpetuates a stereotype of “otherness” and separation that has intrinsic colonial and imperial roots. This curiosity and obsession with my difference reminds me everyday that, to many of my peers, I am very different just by way of my skin color. In a society obsessed with eurocentric standards of beauty, this emphasis on my difference is not always welcome. Because I am racially ambiguous, not just black, or white, or brown, they feel the need to categorize me, not for my personality, skills, or accomplishments but for the shade of my skin.

One day last summer I was up until two a.m. talking with my roommate about the role of race in our everyday lives. As a white female with European roots, she told me that she was only questioned about her background in conversations about race by friends or intellectual counterparts. She was shocked to learn that just that day alone the cashier at the dumpling store, the woman on the subway, and a random man on the street had approached me and demanded to know what I was. It’s become so everyday and normal for me, but why? In “post-racial America”, why are so many people still so obsessed with discovering and classifying people by their race and background? The danger in this obsession and classification is the danger of people seeing race first and humanity second. When our first instinct is to judge them by their race, it leads to dangerous snap assessments. This can be seen, for example, in the racial profiling occurring by police officers throughout America. Police officers that view, and subsequently judge, people’s character and reliability by their skin tone leads to divisive and dangerous actions.

I understand people have natural curiosity and I’m not telling people they always have to suppress that. But learn some tact. There are ways to ask someone’s ethnicity politely. Don’t approach someone you don’t know or barely know and open a conversation asking them what they are. Don’t pressure them with questions of where they’re REALLY from. And don’t call them exotic. Because just like you, I grew up in suburban America, and your aggressive curiosity and obsession with my race do nothing but perpetuate my “otherness” and your ignorance.