What is My Story?! 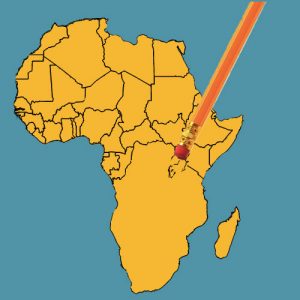 I have come to hate the word “story.” The most common question I have been asked since coming to Duke is, “What is your story?” The curiosity on the faces of the people that ask make me realize that this is a genuine question with no ill intentions. There is an assumption that because I come from Africa, specifically Rwanda, I have a sob story that is filled with tragedy, and that I have gone through a long and difficult journey to make it to Duke. These assumptions are created by the stereotypes that are associated with Africa and Africans. The clichés come from ignorance and the lack of interest from people who do not wish to understand the continent. The prevalent image of Africa is filled with child soldiers, dying and starving children, bestial sexuality, the continent as a hub for infectious diseases, ignorance and a very bad case of the failed state syndrome. This is dehumanizing because for many African students, they are seen as a story or a narrative instead of as individuals. Africa has a single story, one of catastrophe, and as Chimamanda Ngozi Adichie said in her TED talk, “The single story creates stereotypes, and the problem with stereotypes is not that they are untrue, but that they are incomplete. They make one story become the only story.”

When Joseph Conrad, an explorer, visited Congo, he wrote a book entitled “The Heart of Darkness” in 1899. In the book, his protagonist Marlow, describes Africans as “ugly” and as “a wild and passionate uproar.” When Marlow sees an African who to him was “an improved specimen,” he says, “to look at him was as edifying as seeing a dog in a parody of breeches and a feather hat, walking on his hind-legs.” The humanity of the African was stripped away and this was the defense for colonialism and slavery, that the African is incapable and can only take orders and be enslaved. Albert Schweitzer, the winner of the 1953 Nobel peace prize, said that, “the African is indeed my brother, but my junior brother.” This image that the African is lesser than all other races has stuck to this day and no one takes the time to question it.

There are very few African history classes at Duke, a whole continent is not taught about and Africa is still a mysterious place for most people in the outside world. Out of ignorance, people create their own assumptions but some, out of laziness, follow the conclusions that the colonialist and the slave master created. Walter Mosley writes that, “Black folks have learned to love inside a shell of hatred” and in the same way Africans grow up seeing negative things about themselves and this creates self-loathing. This is not to advocate for simply narrating African history to American students. It is trying to re-educate them because they believe they know what Africa is. It is crucial that people understand that Africa is a complex continent, with complex issues.  The history classes would help people understand that Africa had a history before the colonialist, that there was medicine, culture, political organizations, justice systems, and a social order. It is disappointing to realize that my history will never matter because the powerful decided to rewrite it and in a place where I am outnumbered, it is draining to have people create a story for your life simply because you have said the name of your country.