hat stood out to me most after my first week at the Feminist Majority Foundation (FMF) is the importance that FMF and its employees place on locating and amplifying the voices of those most affected by pressing social issues and its goal to act as a bridge between affected communities and policy change. This approach starkly contrasts with many current political, media, and advocacy efforts to effect change, which often place politicians and celebrities at the forefront of social issues rather than hearing directly about the experiences of the individuals and communities truly affected.

According to a Newsweek/Gallup public opinion poll, the majority of women in the United States self-identify as feminists, and subsequent polls have shown that most men, and in particular younger men, support women’s rights movements. FMF’s goal is to showcase this majority and create meaningful ties between feminist communities throughout the nation. This way, FMF amplifies these voices, while using a strong research-based approach to underscore the need for social change. Furthermore, FMF integrates a valuable educational component within its programs that helps young feminists remain informed on important social issues, and provides them with the necessary tools and partnerships to facilitate meaningful change within their communities.

As stated, FMF adopts a strongly research-based approach to social change, making use of local community and campus partnerships to identify and make visible systems that contribute to the marginalization of minorities and their needs. One of FMF’s primary summer intern projects involves the National Clinic Access Project (NCAP), which aims to track and highlight anti-abortion violence and harassment against clinics and providers. A major component of NCAP is the NCAP survey, which is “one of the most comprehensive studies of anti-abortion violence and harassment directed at clinics, patients, health care workers and volunteers in the United States.” (“National Clinic” 2018)

The goal of the survey is to shed light on the reality of anti-abortion violence in the U.S. and bring to the foreground the truly horrific reality of abortion access in certain communities. Moreover, it explores the often tense relationship between law enforcement and clinics due to misinformation and prejudice. In turn, the survey helps underscore the need for the increased dissemination of accurate information regarding abortion procedures and providers. Using this tool, FMF is able to highlight the pressing nature of this issue and help make the experiences of abortion providers heard and recognized. The results of the annual survey are subsequently published, allowing for accurate and reliable comparisons to be made from year to year.

Research carried out by FMF serves as the foundation for a number of its projects, as it identifies the areas of the country that are most vulnerable to oppressive systems and social norms. This then allows FMF and its partners to assist through education and advocacy rather than through direct representation.

Another fundamental aspect of FMF’s approach to social change focuses on the creation of grassroots movements throughout the country. Perhaps one of the most notable examples of this approach is FMF’s initiative entitled “Feminist Campus.” Feminist Campus aims to “inform young feminists about the very real threats to abortion access, women’s rights, affirmative action, and lesbian, gay, bisexual, and transgender rights posed by right-wing extremists.” (“Who We Are” 2018) FMF does so by helping launch feminist groups on college campuses called Feminist Majority Leadership Alliances as well as by working with existing college groups who want to partner with FMF. These alliances are completely student-run, thereby allowing students to be at the forefront of social change to discuss key issues within their community. FMF is able to support students across the country by providing them with the knowledge and resources to demand and evoke change around them.

FMF strongly believes in the power of collective action, which is demonstrated by its ceaseless dedication to motivate, educate, and encourage the creation of these student alliances. Again, FMF emphasizes the need for students to be at the center of this initiative, because it believes that those most affected should be those proposing and implementing change.

Using the research results garnered from projects such as the NCAP survey, FMF provides campus alliances and other partners with factual information that can fuel social change in their communities. Furthermore, FMF acts as a stepping stone for feminist alliances to initiate their own projects using the partnerships and skills provided to them through their work with FMF.

Ultimately, I believe FMF’s goal is to showcase and support the voices and experiences of those who have previously been ignored, and provide the necessary tools and resources to allow these voices to be better heard, understood, and recognized. By adopting a research-based approach, FMF provides an analytical look into the reality of feminist issues in the U.S. and leverages these findings to prompt social and political action. Furthermore, FMF places great value in empowering feminist voices and providing them with the necessary support to initiate action within their communities and beyond. 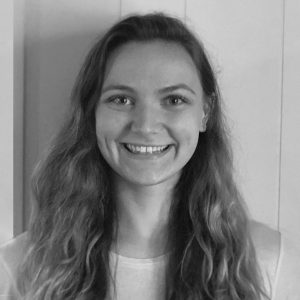