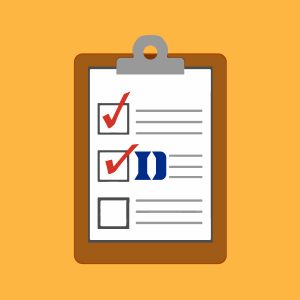 It would be hard to find a student at Duke with more legacy than me. My sister graduated in 2015. My mother graduated in 1986. My grandfather graduated in the 1950s, as did his two brothers. His father came in the 1930s from a tobacco farm in rural eastern North Carolina, but had to leave after one year. In the height of the depression, his family had barely enough money for one year.

When my Grandfather talks about Duke, as he likes to do, he often brings up the sacrifice of his father. Deprived of a full education, my Great-Grandfather worked incredibly hard to give his three children what was taken from him. The opportunities they received were transformative–each son left eastern North Carolina to pursue careers in academia, banking, and preaching. The significance here is not that they led superior lives because they left the rural world, but that they were suddenly free to write their history on something other than tobacco leaves. So they dispersed and prospered, many of their own children following in the footsteps and coming to Durham. I understand why my Grandfather is so proud of the story. I am proud too, and I do consider my presence at Duke to be a validation of that initial sacrifice.

But at the same time, I am uncomfortable with the relationship between legacy status and admission. I know that I received an advantage during the admissions process for a something over which I have no control. And yes, I am aware of the irony in criticizing a practice from which I knowingly benefited, from which I could have opted out by choosing not to report. As a desperate high school senior, I did not consider the ethics of the matter, and though I’d like to think that I would make such a decision now, I cannot say with confidence that I would.

What bothers me is not a belief that legacies are unimportant. A college can hold real significance in the lore of a family in the same way that a church, a piece of land, or a specific food can, and this significance should be valued. But a major flaw in the logic of legacy-aware admissions is that it is redundant: it places extra value on something that is already valuable.

Someone whose parents went to Duke is already more likely to get into Duke, since legacy already comes with heightened access to A) the social capital of a well-educated family, B) familiarity with the institution and application process, and C) an early emotional investment in getting in. Before we ever applied, I and my family member Dukies already benefited from the accumulation of these resources. When my Grandfather and his brothers completed college, they expanded opportunity not only for themselves, but for their children and grandchildren. The power of that story doesn’t need to be augmented. The supplementary advantage on the application, then, doesn’t so much honor a family’s relationship with the university as as cheapen it–if you continually reward someone for loyalty, is it even loyalty? Or is it a kind of transaction?

These are the questions I consider as I try to value my family’s history while being mindful of privilege. I want to see a climate that values the efforts of my ancestors, but I also want to see in which my Great-Grandfather’s poverty would not be a relative obstacle to his admission today.