Thomas Pogge is Leitner Professor of Philosophy and International Affairs and founding Director of the Global Justice Program at Yale University. He served as the Spring 2014 Visiting Fellow in Human Rights at the Duke Human Rights Center at the Kenan Institute for Ethics. 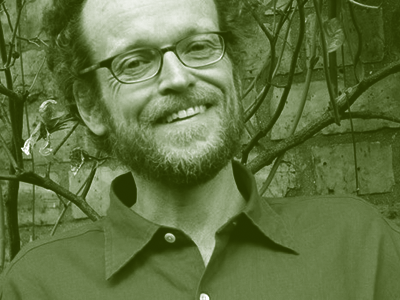 Thomas Pogge has been on the academic track for a very long time. “In kindergarten all the kids called me ‘The Professor,’ which had probably more to do with the fact that I could wrinkle my forehead in interesting ways than anything else,” he said. However, his inclination toward academia was far from superficial. In school, “I remember that we had a lot of games where a thousand questions were read out and the kid who knew the answer could keep the card, and then at the end, whoever had the most cards would win,” he explains. “I would get more cards than all the other kids combined because I knew a lot and so forth,” Pogge laughs. “So it was pretty obvious pretty early on that I would do something in a more intellectual department.”

However, what that career would look like was far from determined. “During my high school years, I had successive crushes on a number of academic fields: cosmology, evolution, literature, and also briefly philosophy,” Pogge notes. Although he settled on sociology for his undergraduate studies at Hamburg University, philosophy continued to catch his interest through coursework and a research assistantship in the philosophy department. This culminated in a year in the Harvard Philosophy Department as a visiting student, where he found the work of departmental luminaries such as Quine, Goodman, Rawls, Nozick, Putnam, and Cavell “vastly more interesting that anything I had encountered in Germany.” Pogge subsequently applied to and was admitted to Harvard’s doctoral program in philosophy, where he would spend the next five years under the mentorship of the eminent political philosopher John Rawls. In Rawls’ seminal work, Theory of Justice, Pogge saw “a wonderful opportunity to combine my love for philosophy with my commitment to do political work for justice, especially justice toward the populations of the developing countries.”

But Pogge also saw a potential weakness in Rawls’ approach. According to Pogge:
“In 1979, I asked him whether his First Principle of Justice is fulfilled in the US. He answered that he didn’t know and that this was a question for economists and lawyers to answer. This struck me as a poor answer: economists and lawyers could gather the requisite data, for sure, but the decision about which data would be relevant to the question, and how they would be relevant, was a question that no one else could answer for Rawls. It was his criterion of justice, after all. The philosopher has failed to give meaning to his principle of justice if he cannot say what (if anything) is missing in a specific society from these principles being fulfilled.”

Pogge would spend the following decades exploring the meaning of justice in a global context. Through a series of prestigious academic appointments – Columbia, Yale, Princeton, Oxford, the University of Oslo, King’s College London, Australian National University, the University of Sydney, the University of Central Lancashire, and the NIH – he has continued to ask himself how the philosopher can speak to concerns of political and social justice. In recent work, this takes the form of a simple question: how do international institutions and the global economic system promote or hinder human rights. From a normative perspective, “the most important constraint on institutional design,” he argues, “is that these institutions should be human-rights compliant.”

Pogge’s answer to this puzzle, delivered during his visit to Duke, is that the current structure of the international system directly perpetuates global poverty – and in so doing, violates the human rights of the global poor. In his public lecture, “Getting Serious about Ending Poverty: Making the Post-2015 Development Agenda Work,” Pogge honed in on a specific critique of the international system – how we measure global poverty and how we assess attempts to decrease it. In particular, he takes issue with “the lack of commitment on the part of the powers that be to really do something meaningful about poverty eradication.” In the years since the adoption of the Millennium Development Goals (MDGs) – the first of which is to eradicate extreme poverty and hunger – the World Bank and other international actors repeatedly redefined both metrics and intended outcomes in the hope of demonstrating progress by the goal year 2015. In his analysis, Pogge shows not only that the 2015 goal will not be met, but that the poorest third worldwide actually lost some of their share of global household income during this period. “Really the last twenty years have not been particularly good for the world’s poor,” he explains.

For Pogge, the first real step in alleviating global poverty is to properly understand it, through precise measurement – in contrast to the failures that dogged the MDGs for the last twenty years. Besides developing a new measure of deprivation and well-being to answer that question, much of Pogge’s other ongoing work seeks to offer practical solutions to the problems he identifies. Chief among the strategies he believes will effectively aid developing countries are getting affordable life-saving medicines to the poor, and reducing the economic strain of illicit financial flows on the developing world.

Because the poor are especially vulnerable to diseases that have largely been eradicated from the developed world, Pogge sees an imperative to induce pharmaceutical companies to make their most effective products accessible in the developing world. His Health Impact Fund Project aims to do just that: encourage pharmaceutical companies to forgo their typical pricing scheme and instead sell their medicines in developing countries at the lowest feasible cost. In turn, the companies would be financially rewarded out of the Fund depending on how much impact their medicine achieves. Currently, the project is in its first pilot stage in India through a partnership with Johnson & Johnson. The company is providing a new tuberculosis drug for free, while Pogge’s collaborators will monitor patients to evaluate the drug’s effects. If successful, Pogge is confident that this project “would greatly improve the incentives to invent medicines against the diseases of the poor.”

Besides the damage lack of proper healthcare causes in poor communities worldwide, Pogge is concerned with the ways in which anonymous bank accounts, personal and corporate tax evasion, and capital flight all systematically harm developing economies while contributing to black market activities with a high human cost, such as trafficking in persons and weapons. “Illicit financial flows really are not a victimless crime,” he explains, “but really rather do have victims among the poor.” As chairman of a task force on illicit financial flows, poverty, and human rights through the International Bar Association, he and other scholars have developed a number of proposals for curbing these illicit financial flows. The next step will be to meet with experts and policymakers from developing countries to figure out which of these proposals could work in the local context.

The need to connect the theoretical to the practical and scholarship with policy is now unavoidable, for Pogge.‡ “The world is facing enormously important challenges of political organization in this century: environmental degradation, food scarcity, mounting inequality interacting with race and gender, erosion of democracy, automated violence, spying and control of information – to name just a few,” he says. He encourages students and young scholars to face this reality directly, and strive to do work that is meaningful – in both its academic value and contribution to the broader global community. “Such challenges pose extremely interesting intellectual tasks that, though they draw on the vocabulary and ideas of traditional moral and political philosophy, also tend to enrich and transform these disciplines in unpredictable ways. To be sure, older members of the profession may be discouraging of efforts to make scholarly work practically relevant. Persist anyway; such work is here to stay and, in any case, too urgent to ignore.”

‡This understanding has motivated the creation of an international NGO called Academics Stand Against Poverty (ASAP).