The War You’ve Never Heard Of 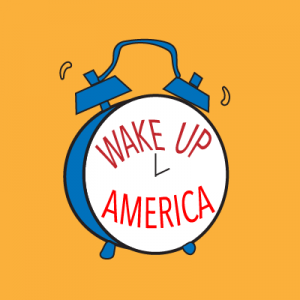 Turn your neck away from the U.S. for a second. Yes, just a teeny tiny second. “But…Betsy Devos! Obamacare! The future of the world!” you will cry desperately. Understandable, but while you were completely engrossed by the dystopian reality TV fantasy hybrid American politics has become, the rest of the world moved on. Unfortunately, not to a good place. A genocide is being committed today, right now. People are fleeing, and not just the refugees you love hearing about because they’re a problem for European countries, but other people. Even worse, champions of democracy that the U.S. government supported through lofty speeches for decades, who bears all the hallmarks given so graciously to proponents of democracy in the “third world” (ahem, the Nobel Peace Prize), have stood by quietly and endorsed massacres.

Turn your neck a little bit further. You’re at war with seven countries. That’s your tax dollars at work being used to starve children in Yemen. Unfortunately, you can’t blame that one on Trump, though I’m sure he’s not about to make it better. The man you laughed at while saying thank you to for 8 years stood by while a dictator used chemical weapons on his people after drawing a “red line” in the sand. But these are not his faults either. Instead, a product of years of American exceptionalism. An accumulation of putting fingers in pies that were not yours to begin with. This is not to insinuate that you are complicit for the crimes of your government; but neither are you a mere witness to history’s passage.

As your neck begins to strain from watching the horror of watching things you thought we once declared to happen “never again”, know that you are not helpless. In fact, you are exactly where you need to be to effect change – in the right place, at the right time. You have a president you (presumably) despise, but who is willing to retract from the world. Use him to end the US’s support of Saudi war crimes in Yemen. Call your senators about the Rohingyas. If you are truly committed to building the kind of world that can uphold a promise of “never again”, your civic duty does not end with calling about Betsy Devos. In fact, your responsibilities as a global citizen have barely begun.

Take heart in the fact that you are the person the world needs. Then march yourself to the phone, and call your senator.