The Complexity of Humans

This summer, I got much more than I bargained for. I believed that I would primarily learn about the relationship of corporations to social change and the ecosystem of businesses, nonprofits, and government. But the trends I saw in my work with BSR and thought-provoking discussions with my Pathways of Change cohort led me to understand a bit more about the world not just through the lens of corporations, but through the nature of the humans who run them.

Before my internship with BSR began, I wanted to be open to seeing corporations as something other than entities that worked against the noble efforts of nonprofits, but I wasn’t convinced that I’d see much that would change my negative initial impressions of corporations. A lot of ideas that I was exposed to through my work with BSR substantiated these impressions, but a lot of experiences I had this summer convinced me that corporations were not 100% evil.

Human beings are composites—composites of good, evil, selfishness, altruism, pain, joy, high points, low points, and so much more. We are complex creatures that are not 100% good, but not yet 100% evil. Humans are not perfect, but it does not mean that we are inherently bad and cannot affect positive change in society.

There are corporations out there that demonstrate human traits such as kindness by not only helping society through their primary products/services, but by giving back through means outside of their primary operations.

I began to see corporations in a slightly better light during my time with BSR when I learned that corporations that commit to furthering societal good through their company in addition to turning a profit existed. Through my research with Global Business Coalition Against Human Trafficking (GBCAT) for BSR, I realized that these corporations, called B Corporations or B Corps, do incredible work on local, national, and international levels. Some famous examples include Ben & Jerrys, Danone, and Patagonia.

For example, the subject of a case study I worked on for GBCAT was a B Corp that crafts environmentally friendly jeans, employs women who have experienced exploitation, and offers training opportunities to those women as well. Another case study I worked on detailed a B Corp that trains over 1,100 disadvantaged youth in Vietnam each year in a variety of courses such as marketing and sales, housekeeping, graphic design, cooking, web coding, and more. They even have partnerships with nearby 5-star hotels so that trainees can learn in a realistic environment.

Though there are some corporations out there doing extraordinarily upstanding work, it is easier to lump all corporations together and amplify the negative traits of the world’s largest corporations rather than acknowledge the positive impacts of corporations, especially the smaller ones, on society. However, many corporations certainly give us reason to give them flak as well.

The intense spotlight on the specific, harmful activities of corporations can be productive for remediating those harms. However, it can also be detrimental by creating many social impact advocates who are averse to working alongside corporations for good. I used to be a member of the latter and throughout the course of this summer, I found it difficult to move from that perspective and to allow the positive traits of corporations to coexist in my mind alongside the knowledge of the negative effects that corporations have on society.

While I highly laud the work of B Corporations, it is quite disheartening to know that a specification had to be specially created for corporations that wanted to commit to furthering social good. But it isn’t necessarily a secret that many corporations, and even some NGOs and governments, have a tendency to develop and deepen some of the most nefarious human traits: greed and selfishness.

A corporation’s primary objective is to generate profit, and the amount of money that anyone—not just a corporation—possesses has a positive correlation with power. And with that power comes great responsibility. Corporate money has the power to influence the government and NGOs perhaps more than these two entities influence corporations. Given this extraordinary amount of leverage for positive change, it is extremely disappointing to see corporations engage in performative activism and not enact actionable reform that they are certainly capable of.

I first caught a glimpse of the hypocrisy of corporations when I conducted research on the human rights policies that some corporations write and refresh every few years but rarely actually act upon. It became clear very quickly that even the “advanced” corporations that take the time and effort to write these policies pretend to not understand the definition of “remediation”.

I saw this same thread of hypocrisy woven through the carefully crafted statements supporting the Black Lives Matter movement that made vague promises to “do better” but didn’t explain how exactly they were going to get there.

When I interviewed Aditi Mohapatra, the Managing Director of Women’s Empowerment at BSR, I learned that corporations are enthusiastic about the idea of diversity but not surprisingly hesitant when it comes time to actually make space in positions of power for people from marginalized groups.

Sustainability and inclusivity are the future. But unfortunately, switching to more sustainable and inclusive practices may not have the immediate payoffs that corporations so desperately crave. Corporations that don’t make a genuine effort to reform their practices will be left behind by more advanced competitors and will realize too late that their empty promises will likely lead to empty pockets in the long haul.

Hypocrisy will come back to bite the bottom line of corporations. It’s just a matter of when.

To add to the mess, corporations also push the responsibility for their unethical practices onto consumers and also feed into the idea that NGOs need to hold them accountable instead of corporations actually owning up to their own actions in the first place. Somehow, we’ve created a society in which the difficult job of enforcing accountability, responsibility, and remediation is being tossed to those who didn’t commit the harms or contribute to them in any way.

However, just like corporations, the government and consumers are also guilty of hypocrisy.

Through the insightful discussions that I had with my Kenan Pathways of Change cohort, I’ve begun to understand that the government has pushed the responsibility of taking care of our society’s most vulnerable citizens onto NGOs. The government has also been a large part in delegating the delightful burden of holding billion, even trillion-dollar corporations accountable to NGOs as well.

But to resurface from my extraordinarily uplifting deep dive into the problems with corporations and society in general, I realized during my internship that good people can work for predominantly “evil” corporations. I can attest to the idea that there are advocates for social change within corporations who are hard at work and are trying their best to use their positions, whether in the social responsibility department or in another job function, to promote social good.

When imperfect human traits are scaled up to a massive corporate level, we may see more negative human traits displayed than we’d like to admit we have ourselves. However, it does not do us any good to refuse to work alongside these entities, each with our own approaches and perspectives, towards a collective goal of bettering society.

On a human level, I’ve learned that it is easy—but wrong—to shut someone down, to refuse to listen to them, to just dig your heels into your own beliefs. It is so much harder to listen without judgement, without explosive emotions, but with a true desire to understand someone who disagrees with you. I should know—my previous blanket judgement of corporations was based off of what I wanted to see, not off of the entire picture of what was actually there.

I couldn’t forgive corporations for their faults and I couldn’t see the efforts and impacts of the ones that were actually doing good.

I learned a critical lesson this summer: the people whose viewpoints we do not agree with the most are the people that we need to talk to the most (hint: it’s also an election year). More likely than not, they have a reason for believing in what they believe, just as we have our own personal experiences and reasons for holding our own beliefs. Understanding someone’s perspective, background, needs, and wants is greatly helpful in arriving at some sort of common ground that will help opposing sides progress on an issue. And if both parties agree to disagree, then at least you’ve agreed on that.

And these exact same lessons can be applied to corporations.

There is tremendous value in recognizing that each stakeholder in society has a unique role to play in our world and along with that, distinct strengths, that it brings to furthering social progress. After all, to be a bit cynical, I currently believe that the world runs on reciprocity: people giving others what others want in order to receive something they want in return. If this is truly the way that the world works, then we have to be realistic in order to create actionable and tangible steps to create a better world.

The puzzle pieces of a better world are not formed solely by NGOs, organizations such as BSR, or other entities that society typically brands as “good”. NGOs and governments may hold a few pieces of the puzzle, but corporations hold a larger number of pieces than we care to admit. We need the cooperation of corporations, governments, NGOs, and individuals alike to achieve something we all want: a reality, not just a picture, of a better world. 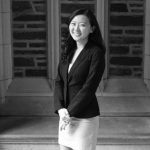