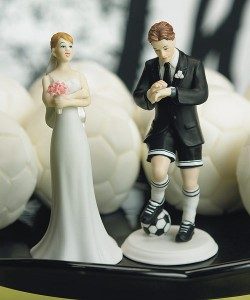 At least that’s the idea behind the new emerging trend of dividing boys and girls in public school classrooms. The students would be taught the same curriculum, but in different styles. (another link here)

Obviously the range of this novel (or should I say, archaic?) type of education varies widely. On one extreme end, the boys and girls simply sit in different classrooms, and on one other extreme end, boys and girls are not even allowed to speak to each other on school grounds.

Somewhere in the middle, however, teachers are instructed to use more direct commands and louder voices for boys and a calmer tone for girls.

The trend is emerging because, well, it’s working on tests and discipline issues, or at least those are the claims by some researchers and the schools that employ this method. As of now, there is really no conclusive evidence that favors either method due to a lack of data, and there are also just too many variables that need to be considered. Some variation of the method, however, is being used in some public schools in 39 states plus District of Columbia.

Proponents go as far as saying that this new method bridges the achievement gap between races, class, and of course, gender. In contrast, the opponents treat it as a way to enforce gender stereotypes and believe that the method does not prepare the students well for the co-ed real world.

While I must agree that telling boys to brainstorm sports things and girls wedding cakes is a terrible idea (many schools actually did this). It’s hard to argue against the notion of inherent differences in a boy’s brain and a girl’s brain.

In the U.S. today, more girls like pink than boys and girls tend to do better in reading tests than their gender counterparts. These are facts that are not disputable because they are hard numbers. But are these due to genetic differences? Or are they results of socialization? If it’s more of the former, is it ethical to divide up the boys and girls then? If the same is true for whites and blacks, can we divide them up the same way as well? And what if it’s more of the latter? Is it ethical then to divide up the boys and girls to try to break the expectations?

This attempt at education reform also focuses on less quantifiable characteristics such as the perceived notion that most boys are more impulsive and most girls more compassionate. The teaching style then addresses these differences. The keyword is most. People recognize that this may only work with a proportion of people, and that’s why they allowed optional opt-outs (the Alabama middle school that made it mandatory dropped it immediately after the ACLU came knocking). And if the improved test score numbers are real and it is working for the majority, what do we do? We don’t really know how detrimental it is to the minority that doesn’t fit the model yet as there definitely will be some social pressure against opting out. So should these public schools keep continuing their models?

This reminds me of the post when I talked about whether it is okay to send inmates to churches instead of jails. It’s a different approach to solve the problem, and it’s something that certainly lies in the ethically ambiguous area, but if it works, it certainly warrants more attention. Sure, test scores are not everything, but if this approach really helps the boys catch up on reading, is that really a bad thing? And according to many interviews, this method seems to help girls gain confidence and encourages them to ask more questions in class (this, to me, is less genetics and more society, stupid boys) – and that’s not really a bad thing either is it?

We live in a society where the most politically correct thing is to not enforce stereotypes and gender roles, and this is why a lot of people (me included) find this idea repulsive. But these educators are trying to use inherent differences to help, and what if this approach encourages more boys to pursue poetry and more girls to pursue science? The schools that employ this method argue that will eventually be the results.

Perhaps there is a better solution – test individual kids and determine which child goes to the “reading focus” and which child goes to the “math focus,” but then that will divide up the students even more and inevitably lead to accelerated classes for more talented kids and “remedial classes” for the ones behind. And whether that is ethical or not is a whole other discussion.