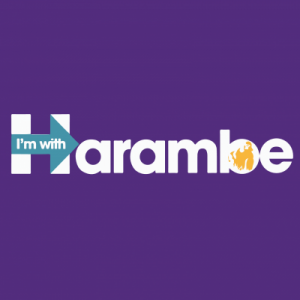 In 2007, three men allegedly taunted a tiger in the San Francisco Zoo. The tiger, infuriated, climbed up her cage and attacked the men, killing one and tracking the other two to the cafeteria, where she was finally shot by officers.

It was in the news for a couple of weeks as more evidence came in about the safety of the enclosures, the behaviors of the men, and the fact that Tatiana the tiger had already bitten her trainer once before and permanently disfigured her arm. Then it disappeared from the public eye.

But changes had already been made. Animal activists had spoken out about the cruelties of keeping big cats in zoos. The entire concept of a zoo as an entertainment source for humans was called into question. Lawsuits were filed and settled, and the tiger enclosures were updated to meet and surpass safety standards. A statue was erected for the poor tiger who’d been forced to live her shortened life in a prison of prying eyes. It was a tragedy, but change came from it.

Fast forward to May 28, 2016. A toddler wandered loose from his parents at the Cincinnati Zoo, climbed into the gorilla enclosure, and fell into the moat. A silverbacked gorilla grabbed and dragged him through the water. Fearing for the boy’s life, a zoo worker shot the gorilla, and the child was rescued. There was controversy, for a while, and a media outcry of enormous proportions. Primatologists debated the probable intentions of the gorilla, and conservationists argued passionately over whether the gorilla’s death was necessary. The news finally died down once everyone agreed that the zoo had taken the only option available under the circumstances. Harambe’s death was mourned momentarily, and then forgotten, his death receiving its viral five minutes of fame before settling down to obscurity.

But then the internet lent its collective voice to the issue.

It started off as a petition to hold the parents responsible for Harambe’s death, a petition that gained over 338,000 signatures in 48 hours. Hashtags like #JusticeForHarambe and #RIPHarambe became popular, and it seemed like most of the internet world was desperate for some sort of change,.

That feeling, that desire for justice and change, didn’t last. Instead, it devolved into a shared hilarity and an unbelievable collection of memes.

Now, one can’t go on the internet without seeing Harambe in some form, whether that’s altered song lyrics, twitter tributes, or exhortations to reveal sensitive portions of one’s anatomy in tribute to the fallen ape. He’s been involved in several controversies and claims of microaggression. He’s been the face of an internet hoax that claimed that Harambe McHarambeface was the name of the new Chinese gorilla.

With all of this outcry, this passion, this mass of people ‘going ape’ over Harambe, one would expect to see some change. After all, Tatiana’s enclosure was updated to promote safety. Surely, the Cincinnati Zoo would provide a similar renovation. And, as it turns out, they did. They replaced their 36-inch  metal railing with a 42-inch mesh with a wood rail at the top. Six more inches of protection – with a mesh that from the pictures looks like it’s just begging to be climbed.

Is that all that this activism created? All of the social outcry, for six inches of knotted rope?

It would seem so.

See, that’s the problem with social activism. It’s really easy to become passionate – to post, and comment, and share, to contribute to the virality of certain memes and to join in this global community of people interested in this issue. It’s so easy, in fact, that it really minimizes the need to do anything else. The gratification from the hundreds of likes, retweets, and notes seems to be sufficient. When you can get so much public approval for just sharing thoughts, what’s the point in taking the next step in sharing actions?

Today’s activism seems to be an activism without teeth. Amidst the raucous cacophony of demands, calls for change seem to be drowned out. All of the people going ape over Harambe’s death seem to be doing nothing more than monkeying around. Similarly, around Halloween, hundreds of thousands of people checked in at Standing Rock on Facebook, to show support for the protestors blocking the pipeline. It was an incredible show of solidarity, and at first it appeared to have a purpose – to prevent police officers from tracking protesters. However, law enforcement denied that entirely, and with that motivation lost, the mass check-ins didn’t do a whole lot. They provided encouragement, and showed support, but no more.

Even worse, now that the rumor has run its course, Standing Rock seems to have disappeared almost entirely from the public concern, or at least from our social media. Since there’s no longer one driving impetus, one specific event to motivate us, we’ve stopped caring. Similarly, now that Harambe has descended into the world of memes and bad song lyrics, very few, if any, are clamoring for changes in our treatments of primates. It begs the question – if Harambe hadn’t died, or the rumor hadn’t been spread, would we have cared? Activism seems to display magpie tendencies – to grab at whatever’s shiny and hold onto it only until something more interesting comes along.

It’s not that sharing ideas and concerns on social media is bad – it’s not. It’s incredible. It’s one of the best things to ever happen to activism, and raising public awareness. There’s never been such a wonderful way for groups of people to come together about things they care about. It’s just that the instant gratification of social media leads to slacktivism, rather than meaningful change. And there’s nothing wrong with slacktivism either – raising awareness is important. But awareness without action doesn’t really do a whole lot. If the entire world is made aware of the problem, and no change is made to solve it, does it really make a difference?

But all is not lost. Harambe may be gone, but not forgotten. We can take this as an opportunity to learn about the issues that matter to us, and then find a way to do something about them. As far as Harambe and other primates and monkeys are concerned, it’s not enough to simply see. We have to find a way to do.