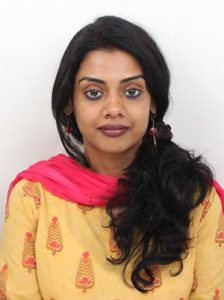 Shireen Kurian is a consultant at Corporate Responsibility Watch (CRW), a think tank on corporate social responsibility (CSR) and responsible business practices in India that works in cooperation with Praxis Institute for Participatory Practices. Jack Stanovsek, Kenan’s Pathways of Change intern placed at Praxis, conducted this interview with Shireen in Praxis’ office in South Delhi. The following is a narrative of the interview, briefly touching upon her early childhood before continuing on to her insights into business and human rights.

Shireen Kurian’s family is ethnically South Indian, but at the time of her birth they were living in Tehran, Iran. Her father worked for IBM’s Tehran office, with Shireen spending the first eight years of her life in Iran before her family left for India in 1979 as a result of the Iranian Revolution. Because she was quite young by the time she left the country, she only has blurry memories of the country’s landscape and some of her initial schooling before moving to India. While her family had the choice between fleeing to India or to the United States, the significant familial ties naturally drew them to return to India. Though she wasn’t able to fully comprehend the unique context in which she was born while in Iran, in India Shireen became increasingly aware of the event as one of the most trying times in Iranian history.

Returning to India, her family initially settled in Bangalore and later on in Chennai. Growing up in areas of India experiencing enormous economic growth, especially in the field of information technology, Shireen saw large corporations as somewhat positive organisations that offered employment and large work spaces to many in her community while advancing the country forward in development. Her initial assessment was reaffirmed when her family members obtained employment in these companies, viewing corporations as entities that were contributing to India’s growing economy—essentially corporations were lifting people out of poverty.

Upon entering tertiary education, these views by and large were challenged and Shireen adjusted her perspective on corporations. Upon graduating, she initially worked for an organisation called United Way. This organisation acted as an intermediary between corporations and CSR organisations, advising the most optimal use of CSR expenditure by funnelling funding into appropriate channels. At United Way, her work involved channelling grant funding from corporations to the NGOs that could use the funds to the greatest efficacy. They also advised on corporations when they attempted to enact their own CSR expenditure projects, without the help of specialised NGOs.

Working at United Way just before CSR came to the forefront of Indian legislation in 2009, Shireen explained that a lot of the dynamics surrounding the organisation changed as CSR became mandatory. It was an enthralling time to work in such an environment, as she recalled how companies were trying to look favourable in the eyes of their investor communities.

Yet while all of this movement towards reinforcing CSR in India’s legislation made her work immediately relevant, Shireen soon realised the limitations of working in such close communication with companies. As she attempted to step back and look at the holistic picture in understanding how corporations could be socially responsible, she increasingly realised the innate problems that emerged from the lack of enforcement within India; essentially, companies could use their CSR however they wanted. Shireen saw that while the sector became increasingly philanthropic, it was also the perpetrators of a major proportion of all rights violations in India. While at United Way, she was restrained in the amount of influence she could push on these companies to use their CSR expenditures most appropriately. United Way created valuable partnerships with the private sector, yet both sides did not have an equal stake in final decisions.

By the time Praxis approached Shireen about joining CRW, she had already been grappling with these issues for quite some time. Ultimately, she decided CRW provided a wonderful opportunity to switch over to the more transparent side of business and human rights, hoping that the change would expand her views from the constraint of CSR. About three years into her consultancy position at CRW, Shireen explained that the organisation’s main objective is to build a think tank around corporate accountability in a space that currently, at least for India, is devoid of any major organisations. She feels like her worldview of business and human rights and social change all came together at CRW—she’s glad she took the window of opportunity when she could.

Part of her daily work involves maintaining her current network of several other Indian organisations connected to CRW in order to clarify the think tank’s position on a number of constantly evolving objectives. Because the network is spread throughout the country, her job as a consultant often involves aligning their objectives throughout the CRW network so that every organisation is aware of their roles and responsibilities. Another part of her day is spent contributing to CRW’s research initiatives. CRW creates research-based evidence as a mechanism to continue conversations about corporate accountability throughout the year. The main products for this research are often reports, usually accompanied by some type of event to circulate their findings throughout India’s civil society. As of today, a great amount of her research requires rigorous analyses of disclosure data from the BSE 100. Finally, Shireen explains that while she was hired as a consultant to CRW, she often cooperates with Praxis because CRW and Praxis are housed under the same office space. When Praxis has major events, Shireen often contributes as necessary.

At the same time, Shireen does not want to give the impression that working in this realm of business and human rights has not come without its own set of unique challenges. CRW is difficult to sustain and the amount of dedication and engagement put into their products isn’t always reciprocated by the recipients of their work. The regulation within India also doesn’t really support the work that CRW currently does, adding another dimension of difficulty to their work. Shireen sees a gap or a mismatch, where corporate practice and the actual law of the land are not in synch with one another. CRW’s efforts can sometimes go in vain, at least in the long term, because India’s legal requirements aren’t robust as other countries.

Shireen’s work at Praxis and CRW has entrenched her view of how the theory and principles that emerged from the businesses and human rights discourse are substantially distant from those being implemented and practiced, especially in India. She sees corporations as one of the primary sources of human rights violations and her work at CRW encourages her to reassess and constantly reengage with corporations when previous tactics prove fruitless. It has made her much more receptive and critical on these companies, sometimes even jaded. Yet Shireen feels that she’s able to harness the energy created from this mismatch between the principles and practice of business and human rights to morph into a business and human rights activist for every one or two days of the week. After a decent amount of experience in this field, she is still motivated to enact change within her community. While she feels it is too early in her career to measure the impact that Praxis and CRW have had on her views of business and human rights, she certainly believes her efforts have made a dent in this space of business and human rights that was previously void but is increasingly gaining national and global awareness.