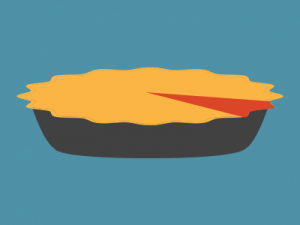 I decided to visit New York Times’ Ethicist blog the other day, and I saw that a reader inquired about profit sharing: In a non-fiction work depicting people living in extreme poverty, is the author ethically obligated to share the book profit with the very people he/she portrayed?

In the response, the Ethicist (Chuck Klosterman) states that the author for the non-fiction is not ethically responsible. Klosterman argues that it is unimaginable for the author of a best-selling book portraying Wall Street sex scandals to share profit with its subjects, and Klosterman further asserts that profit sharing will compromise the integrity of the non-fiction work because the participants will be less likely to tell the truth/participate in the future when no incentives are provided.

At first glance, I agreed with Klosterman that profit sharing should not be ethically required. However, I disagree with his reasoning.

Klosterman’s counter arguments seem to base more on logistical ground instead of ethical grounds. They seem more…situational if that makes any sense. It seems to me that Klosterman is saying that if the authors start sharing profits with its subjects, it’ll be a nightmare for everybody involved, and therefore he/she is not ethically obligated to do so.

I don’t think the Wall Street example is appropriate because the bankers are wealthy (but perhaps the bankers should be awarded for helping to write a book that has negative consequences for them?). I also don’t think the author of a poverty non-fiction book escapes ethical responsibility just because profit sharing will make it harder for future authors to write these books. Besides, if it is deemed that interviewees are likely to embellish stories due to financial incentives, shouldn’t the interviewers/authors be just as likely to embellish if they are getting paid for the stories?

Perhaps it can be argued that the poverty book author is raising awareness, and this in terms may improve the situations for the poor, and therefore he/she is not obligated to share the profit because they are already helping the subjects. But something still doesn’t seem right for me – perhaps I just don’t think the poor in this case are benefiting enough, if at all.

Perhaps this type of journalism is inherently unethical, or perhaps we should change our answers and say that yes, the author of the non-fiction is obligated to share the profit.

If that’s the case, then I may have to modify my belief that NCAA should not pay the student athletes.