Reading between the lines 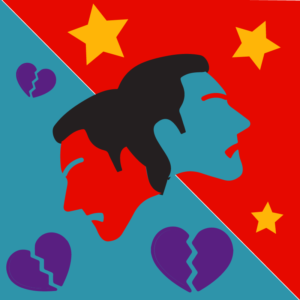 I have a friend who is a history major. Every couple of weeks, we meet up in Café, eat crepes, and she tells me about the writers and artists who populate her classes.

Past misdeeds include: cultural appropriation to the extreme, shooting one’s wife in the head, claiming that a man was a gay stalker and murdering him in a duel, helping a friend bury the body of the alleged stalker, sleeping with child prostitutes, marrying a woman to avoid jail time for burying a body, and advocating to remove stigma associated with pedophilia. Among others – the list goes on, but I really don’t want to.

And the thing is – this isn’t a study on literature produced by prison inmates. This is the beat generation – a generation known for its high ideals and devotion to defying convention and changing the way we saw the world. This is from the era of rebels, an era that deep down inside of us, we aspire to be. This was the era of nonconformity and social revolution. These were my heroes, man.

And they were utter rubbish. All of them.

It has been several weeks since I first was introduced to these deceased dregs of humanity, and I have yet to find one that was redeemable. I thought I had, but then the whole pedophilia thing came up and there went that idea. Of this entire movement, of this group that dominated thought and culture in San Francisco for several years, there was not one artist who had passed the not-too-high standard of decency that comes from not doing anything worse than trafficking illegal goods.

The point of this is not to say that beatniks are the worst and that sometimes there’s a good reason to conform and follow social norms, although that’s also an interesting conversation. The point is that these people are the greatest artists of a generation. And while they’re objectively horrible human beings, they’re also well-known for a reason – they were freaking good poets.

Now, since I haven’t taken a humanities class in way too long, I haven’t actually read their work. But my friend tells me that a lot of it is good stuff – witty, and self-deprecating, and insightful, and a powerful look inside the human condition. These men were awful, but they were great at what they did. And the nonconformist in me kind of wants to read it, see what all the fuss is about. But then I remember the multiple murders and assorted crimes they committed, and I figure it’s best not to.

So the problem becomes – how do we separate these people from the beautiful works they produced? Can we appreciate their work, laud them for their genius, while simultaneously acknowledging that they manipulated, betrayed, and destroyed people multiple times? Can we respect them and honor them while wondering how the heck they avoided prison? And part of me says no. This is the same part that refuses to listen to Bill Cosby, no matter how funny I used to think him. This is the part of me that has acknowledged that, classic or not, there are some movies I will never see because I don’t want to honor the people who produced them. This is the part of me that says that the artist can never really be separated from their art.

But at the same time, the beat generation was a thing. They shaped hearts and minds, and changed the way a lot of people saw the world. They were a movement that had long-lasting effects on the ideals of San Francisco, and effects I’d probably understand if I actually took the class. We can’t just say that history doesn’t exist just because we don’t like some of the characters, and we can’t just close the book on that chapter because we don’t like the way it ends. If we just stopped studying the beat generation, stopped giving them and their estates the posthumous honor of our royalties, attentions, and critical thinking and essay writing, if we failed to favor them with our analysis, we’d lose a lot of valuable information of what makes us who we are, now.

I guess it can be argued that there’s a distinction between reading for pleasure and reading to understand (a distinction I feel all too clearly with my Semiconductors textbook, which somehow fails to provide either). In studying their work, we’re analyzing it not for a poem as a work of literature, but as evidence of a time different from their own. Reprehensible or not, it’s a manifestation of the way they thought and lived their lives and led a generation. And without understanding this particular incarnation of rebels without a cause, can we really understand the counterculture movements of today?

And at the end of the day, people will still read the work of Kerouac, and Burroughs, and Ginsburg, and Snyder, and they will be awed by their brilliance – because, let’s face it, there was a reason people followed these guys. The world has been changed by the mark they left upon it. But when we read their work, see the world through their sketchy eyes, it’s important that we ask ourselves how this world is different from our own, and what steps we need to take to keep it that way.

It’s only when we see them as all of what they are – as liars and scoundrels and philosophers and cretins and dreamers and lovers and philanderers and artists – that we can truly do them, and their work, justice. They are more than what they have created, and yet a product of the time they lived in, and while that does not excuse or condone what they have done, it provides a backdrop for their work. We do not have to like them. We do not have to hate them. But we do need to try to understand what they were and who they stood for. All of us, rebel or patriot, poet or criminal, deserve that much.