Thomas Nadelhoffer is an associate professor of philosophy at the College of Charleston, as well as an affiliate member of the psychology department and roster faculty in the neuroscience program. Before living and teaching in Charleston, South Carolina, he was an assistant professor of philosophy and law and policy at Dickinson College in Carlisle, Pennsylvania (2006–2009; 2011–2012). He also spent two years as a post-doctoral fellow with The MacArthur Foundation Law and Neuroscience Project (2009–2011); his first year was spent with Michael Gazzaniga at The University of California, Santa Barbara, and his second year was spent with Walter Sinnott-Armstrong at the Kenan Institute for Ethics at Duke University. 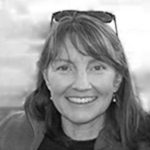 Communications Manager at the Institute.

All posts by Emily Bowles