As part of the work to address Durham’s crisis of evictions and unaffordable housing, Durham CAN began a court watching campaign to gather data and stories from evicted tenants to better identify some key issues at stake regarding the causes and process of eviction. My first couple of times at eviction court mostly consisted of sitting in the back of a small court room and taking notes on the few cases being presented that day. However, when I went for the third time, I noticed that court was being held in one of the largest court rooms that day. Numerous cases were to be heard all morning, but the interesting thing about each case is that they were all filed by the same landlord. This large courtroom was almost full of tenants who were being thrown out of their apartments and homes. I listened to story after story about how families were struggling to make ends meet during Covid, but they were unable to save their family from being evicted because this particular landlord refused to accept government subsidies from the Emergency Rental Assistance Program. I found myself feeling both sadness and anger. These were real people with children. How could anyone willingly refuse the funds that would cover the cost of the landlord’s expenses and keep these families from homelessness?

My anger intensified as I listened to a couple behind me talk about their experiences with the landlord as they waited for their own case to be heard. They talked of the apartment’s maintenance issues and their growing concerns with mold near their child’s bedroom, both of which were largely ignored by this particular landlord. At one point, they even referred to their landlord as a “slumlord.” Given my own anger at the situation, I was quickly pulled by the power of that label. For the remaining cases, I subconsciously had accepted a new lens for understanding and interpreting what was happening around me, namely in that I could only see a hardened slumlord kicking struggling families out on the street. By identifying a villain and his victims, I was forced to take sides, for any attempt at neutrality would indict me as one who sympathized with a “slumlord.” In other words, my acceptance and reproduction of a demonizing label ensured that I would escape the risk of potentially being associated with a callous landlord and by extension, escape the risk of being seen as a bad person in general.

As I later approached my work at CAN, I continued to wear these assumptions like armor. Following that day of court watching, I often told my colleagues in meetings about my experience observing a “slumlord,” with each reference making me feel more and more comfortable about my own place in the struggle between landlords and tenants. However, a meeting with one of CAN’s leaders dismantled all the assumptions I had made since that day at court watching. I began our meeting with catching them up on the recent work I had done, explaining that I was court watching the day this “slumlord” evicted numerous tenants. My colleague graciously responded, “I’m not sure ‘slumlord’ is the most helpful way to describe the landlord. When we stigmatize power, we remove the possibility of creating relationships with the people we need to change our community.” He went on to explain that landlords are part of the ecosystem of our community and that they do, in fact, provide a housing service to the community, even if we disagree with what they charge their tenants. Further, he argued that our credibility is strengthened when we listen to everyone’s perspective and self-interests.

It was in that meeting that I realized my assumptions and willingness to stigmatize power was more about protecting my self-image and less about actually doing the work of changing the living conditions of Durham’s most vulnerable. I learned that developing relationships with the powerful is not an endorsement of their harmful decisions, but rather, a way to gain their trust such that we can challenge them and petition them to change their policies or practices. Ultimately, we need “slumlords” at the table because they have the power to make meaningful and just change. My job, more specifically our job, is to organize enough relational power through coalitions of tenants that their landlord(s) must make room for them at the table as well. We can’t do that with demonizing language and broad generalizations, both of which prevent us from imagining our opponents becoming our allies. Social transformation requires that we be willing to do the messy, complicated, assumption-dismantling work of cultivating relationships, even with those we consider our enemies. 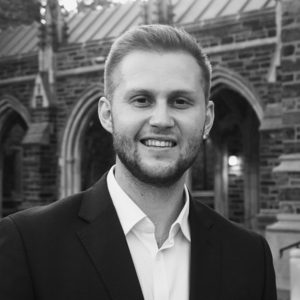