Nothing About Us Without Us

By Julia Kaufman on August 10, 2018
Advocacy groups and social movements have ample power to promote the human right to health. As much as the right to health is delineated by international bodies and addressed by state actors, activists and civil society groups fighting for their own rights are more crucial in the health equity movement than we often think. The rise of global civil society has generated many positive impacts on health. Firstly, activist groups have helped to push health concerns up the policy agenda. For example, Médecins Sans Frontières’s Access Campaign, launched in 1999, helped to increase access to essential medicines and continues to push for the development and affordability of life-saving treatments. Civil society can also mobilize health financing efforts and directly shape health policymaking, as a group of civil society organizations did when they came together as the Framework Convention Alliance and influenced the negotiation process of the World Health Organization (WHO) Framework Convention on Tobacco Control. Advocacy groups address a diverse array of health topics, such as female genital mutilation and corporal punishment. Two specific examples show how advocacy can place issues on the global health agenda in different ways: HIV/AIDS through civil disobedience and skillful use of the media in the United States, and cervical cancer by framing the debate as a human rights and women’s rights issue.

Before the late 1980s, HIV/AIDS in the United States was often treated with a cold indifference. There was discriminatory hostility and homophobic sentiment towards HIV/AIDS. For years, President Reagan never said the word AIDS. Ways of thinking about and addressing HIV/AIDS all changed because of activism. Activists with passion and knowledge forged the path to transforming how we think about and act on HIV/AIDS, research and development of antiretroviral drugs (ARVs) and health overall. ACT UP advanced the policy status of AIDS, carrying out advocacy efforts at local, national and international levels to pressure governments and pharmaceutical companies to increase and facilitate drug development and access. HIV/AIDS activists engaged in organized civil disobedience to gain the attention of the American public. They took over the Food & Drug Administration (FDA) for a day by blocking doors, walkways and roads in 1988. In 1989, they infiltrated the New York Stock Exchange and chained themselves to the VIP balcony to protest the price of AZT, the only approved ARV at the time. And in 1990, they stormed the NIH (National Institutes of Health) to draw attention “to the AIDS crisis, community concerns and activist-led clinical-trial critiques.” HIV/AIDS activists became “patient experts” in the relevant political and scientific processes, allowing them to present knowledgeable, specific demands to make experimental drugs available more quickly and more fairly. Government agencies like the FDA and NIH began to listen to the activists, including them in decision-making and asking for their input.

In the 1980s and 1990s, AIDS garnered media attention with the diagnoses or AIDS-related deaths of popular celebrities, such as Keith Haring, Earvin “Magic” Johnson, Rudolf Nureyev and Freddy Mercury. ACT UP’s demonstrations aimed to engage the media as much as possible so that when spokespeople and activists demanded action from politicians, the public paid attention.

Advocacy groups also use issue framing as a way to get their concerns noticed. Keck & Sikkink argue in their book Activists Beyond Borders that the power of civil society networks arises from their information, ideas and strategies to “alter the information and value contexts within which states make policies,” framing the debate around what the people who are most affected by the issue actually care about. Many stakeholders have framed cervical cancer as a women’s rights and human rights issue. Activists like Princess Nikky of Nigeria and other First Ladies of Africa have framed cervical cancer as it relates to women’s rights and women’s health. In Tanzania, First Lady Mama Salma Kikwete raised awareness of cervical cancer and attracted donors through her work for the Medical Women’s Association of Tanzania. The First Ladies of several African countries started a Forum of African First Ladies Against Breast and Cervical Cancer and hosted several conferences as part of their “Stop Cervical Cancer in Africa” movement. The human rights framing broadens the discussion beyond the epidemiological burden of cervical cancer, linking it to gender equality, human rights and health. Additionally, drug companies market human papillomavirus vaccines as a woman’s choice, right and duty, invoking a women’s rights frame.
Beyond unintentional consequences, criticism of global civil society also includes concerns about the domination of the Global North, where most global advocacy organizations have headquarters. Disparities of wealth, housing, education, political power and other factors underscore the power and privilege enjoyed by the Global North. It is home to two thirds of non-governmental organizations (NGOs) accredited by the UN Economic & Social Council and most global civil society funding.  The unequal power dynamic can lead to a lack of representation in decision-making if the groups do not actually represent the individuals for which they advocate. The prominence of Global North in funding and headquarters can also create a lack of transparency if it is difficult to tell who makes up the group, how it is funded or how it makes decisions. Sometimes, advocacy organizations are actually fronts for industry, such as the tobacco industry, the food and beverage industry and the petroleum industry with organizations like the Alliance for Better Foods, the Center for Consumer Freedom and the Global Climate Coalition.

Grassroots activism is an important lever for health equity. Even the success of smallpox eradication through an immunization campaign led by WHO depended on ground-level work. Health workers and field managers were in discussion with community and tribe leaders in West and Central Africa to come to mutual understandings around vaccination and surveillance campaigns. Although top-down institutional policies and goals are necessary to global health endeavors, history shows that social mobilization is an important way to advance human rights. Global health tells this story again and again. Global health requires pressure from the bottom and the top to develop health principles and then translate those principles to articulate how states and organizations can apply them in practice. None of this would succeed without grassroots support. The promotion of the human right to health through advocacy groups and social movements is essential, as it has been with HIV/AIDS and cervical cancer. Empowered society is the key to effective change for global health. 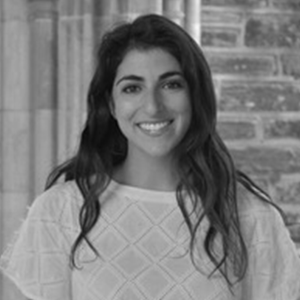