Last semester, I wrote a column titled “Voting will not save us” that suggested that voting, as a sole political strategy, was ineffective, and other forms of organizing were worth investing in. I received a lot of backlash from people who did not know me or the work I had done, whether it be the phone banking work I did calling Asian communities in Pennsylvania and letter campaigns to prisons. This work of increasing access to those who have been historically denied access to the ballot, I admitted in the column is still important. I specified that the presidential election was the one I wasn’t concerned with, specifically from an anti-imperialist lens. I was tired of putting any amount of faith/investment in a position that can’t be held accountable, is solely to maintain US hegemony, and continues to be violent to the communities I care about, including my own. As Foucault states, “where there is power, there is resistance, and yet, or rather consequently, this resistance is never in a position of exteriority in relation to power.” In the same way those whose only ideology and principles are against Trump are not my allies, and if we don’t know what we’re building we’re doomed to only be reactionary.

I also won’t put my investments into these institutional systems, especially when I see my work yielding direct results elsewhere. The vehemence I’ve seen those who voted for Biden defend him and his decisions evoke disappointment, but not surprise. Although it was nice to see unlikely allies the last four years, I’m also glad that Biden’s new position as president has made it clear who actually cares about justice, and who simply didn’t think Trump was “presidential” and respectable while operating as the same warmongering, imperialist POTUS. Local politics have always been where change happens, and I’m glad that I’ve been able to stay focused even in the midst of a national election.

When talking to Rep. Hurtado, I certainly felt the weight of the institution, knowing that he’s a new NC state representative, meaning he had to work his way up. To me, more experience is obviously helpful, but only by encouraging new voices can we avoid stagnation. I certainly respect the work that politicians like Rep. Hurtado are doing, however I won’t throw my support behind everything they do, and continue to be critical, no matter how well-meaning their compromises may be. We need a multitude of strategies, and though fostering good relationships between community organizations and local representatives is necessary for communication purposes, if having “trust” in politicians requires uncritical support, then trust isn’t useful on the organization side of things. 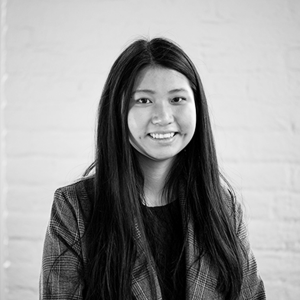 Celine Wei is a second-year student from Colleyville, Texas, planning on majoring in Literature and minoring in Sociology. She is involved with the Asian American Studies Working Group and Asian Students Association, as well as an opinion columnist for the Chronicle and a Huang Fellow. In addition, she works with Durham Beyond Policing and is passionate about abolitionist and anti-imperialist organizing.

All posts by Celine Wei