Liberty and Justice for… Whom? 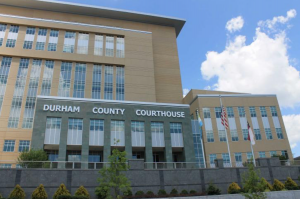 Having just taken the LSAT, I thought I would dedicate this week’s post to discussing some of the ethical issues which I encountered during my internship at the Durham District Attorney’s office. I am fascinated by how the legal system undergirds all of our political and social institutions and as a result, serves as a proxy for our moral values.  It was an eye-opening experience to be able to witness first- hand, the “conspiracy theory” that Michelle Alexander outlines in The New Jim Crow: Mass Incarceration in the Age of Colorblindness, laying out the case that the recent phenomenon of mass incarceration is part of a larger systematic effort to keep a disproportionate number of black and brown men behind bars.  Ironically, while the criminal justice system aims to strengthen and protect our communities, policies and decisions undermine trust, deepening racial divisions.

Even though less than 44 percent of Durham’s residents are black, in nearly every case I observed, the defendant was an African American man.  Alexander notes that the problem of mass incarceration stems from the fact that “black poor in ghetto communities makes the round-up easy” and indeed, Durham’s McDougald Terrace was cited over and over again as the scene of various crimes. Observing court cases, I also noticed the ethical dilemma that the judges, prosecutors, and defense attorneys faced while attempting to seek “justice” in a system that seems heavily contaminated with pervasive racial bias and structured to keep the same people cycling in and out of prison. 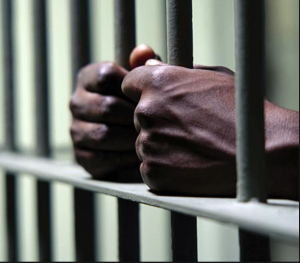 This tension surfaced in many juvenile court cases: almost every defendant was a young, black man, a fact seemingly inescapable to the judge and prosecutors constrained by the legal system in terms of adjudication. Studies show that white teenagers commit crimes at similar rate to minority offenders, but either evade detection or charges.  For example, many of the juveniles were convicted of non-violent misdemeanor offenses, such as shoplifting, possession of marijuana, or underage drinking, crimes that are committed by both black and white teenagers alike. In fact, according to a 2000 study by the National Institute on Drug Abuse, white juveniles use cocaine at seven times the rate of their black peers, they use crack cocaine at eight times the rate of black juveniles and they are seven times as likely to use. Furthermore, white youth ages 12-17 are more than thirty percent more likely to sell marijuana than black teens.  Nonetheless, the juvenile court room was characterized by an overarching sense of community and urgency in getting the juveniles “on the right track” in order to prevent them from having a permanent, adult record, oftentimes, the judges, at the request of parents, issuing lengthier sentences of probation and supervision “for the good of the child.”  As Chief District Court Judge James T. Hill repeatedly stated, “children belong in the classroom not in the Court House.”

However, prosecutors told me, that despite the actions the criminal justice system take, ostensibly for the benefit of the children who flow through the courthouse, many of the juveniles offenders would reappear, as adults, in the district court system.­