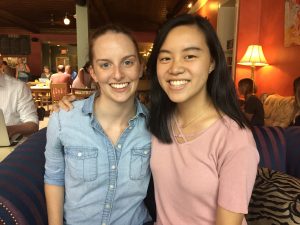 I arrived in Washington DC just in time for the Fourth of July celebrations. On my Instagram feed, I see a friend’s recent post with the caption “proud to live in a country where I have the right to say ‘f*ck you’ to the President.” It’s a great day to celebrate the degree to which we enjoy our right to free speech, something that is still relatively modern even in American history.

I’ve spent the past weeks trying to better understand what censorship in China entails and implies in order to assess Western criticisms against Chinese violations of human rights. This week, I’m trying to get a firmer grasp on the Western historical context that has influenced my perception of free speech, as someone who has grown up in the US. That’s where my friend Alex Zrenner comes in. She was one of the first people I met as an incoming freshman, and just happened to have also done a Kenan Summer Fellow project related to online free speech.

At the core of her project’s ethical framework was this notion of “the marketplace ideas” in which expression of ideas exists in a marketplace of debate and argument that ultimately produces the best idea, the same way market forces produce the market’s true price. But if the problem in China is too many limits on speech, then the US faces its own dilemmas because of its efforts to protect speech at all costs. The failure of the marketplace begins to occur when the right to free speech is abused, like when anonymous users fling death and rape threats at female journalists via Twitter, or when fake news from both sides of the political spectrum is proliferated on Facebook. There exists an unresolved tension between limiting and protecting speech. Who becomes responsible for determining the correct balance?

There is no question that in China, the answer is the Party. But in the US, it is up to individual parties, or more likely, individual businesses. According to Alex, “there is a fundamental distrust in government and more trust in business. And I’m not saying that’s a left or right thing, that is an American thing.” Americans don’t necessarily trust Facebook to police speech, but we do trust the market, and we trust consumers to pressure companies like Facebook to police speech appropriately. If enough people don’t like the way Facebook operates, they will move to Twitter, for example. Developing the right rules for speech are closely tied to a media platform’s business interests.

Sometimes, this means censorship is the price of conducting business. In fact it was recently revealed that the algorithms Facebook uses to differentiate between legitimate political speech and hate speech protects broad categories equally but not subsets of those categories, i.e. Muslims but not “radicalized” Muslims. This “color-blind” approach to policing hate speech tends to favor “elites and governments over grassroots activists and racial minorities,” making it easier to “serve the business interests of the global company, which relies on national governments not to block its service to their citizens.”

This doesn’t translate well to users back home. Reddit, which has long tried to keep speech as unregulated as possible, wanted to cut down on hate speech but faced backlash from users for what was perceived as a move towards too much policing.  Alex wrote two years ago, “What do you do when so many are abusing the freedom of speech? We are afraid to censor them because of our history; it appears we are afraid of this slippery slope from censoring harassment to censoring criticism.” It’s a valid concern, and one that has already played out in China. The main purpose of censorship is supposed to be to prevent the irresponsible spread of false information, but having such a precedence for state-sponsored censorship makes it just as easy to also prevent criticism of government or of those in positions of power in general. Still, the Chinese Communist Party has no qualms with carrying out censorship without especially clear criteria or explanation.

We shouldn’t find the Chinese attitude towards censorship surprising. As a Leninist-type communist party, the Chinese Communist Party is inherently a party of the elite, not of the masses. Only intellectuals and elites are granted prestigious membership into the party, and thus the Party is best suited to serve as a guardian and leader to society. The Party is not a party of the people, and it’s not by the people (in the sense of direct elections), but it is supposed to be for the people, like your nagging mother that is just looking out for your best interest, even if you hate when she limits your internet access.

Meanwhile, Americans have been fighting over whether government should have more or less power to regulate anything since this country was founded. The fundamental difference between American liberals and conservatives is that conservatives trust the people and liberals trust the government. The first parties to form in the US, the Federalists and the Democratic-Republicans led by Hamilton and Jefferson respectively, represented this ideological divide. Yet such tension is not present in China. Or as Alex put it quite nicely “China doesn’t have a Jefferson.” There is no liberal or conservative party; there is one party and organized dissent is not allowed.

In a marketplace of ideas, deleting dissenting voices corrupts the market, making it hard for people to make informed choices in their own interests, thus undermining democracy at a fundamental level. But the Chinese government doesn’t have nearly enough confidence in its people to make those informed choices, so it makes choices about its citizens’ interests for them. It almost looks like the relationship between government and people is not too far from what it was in imperial China.

The Chinese conception of good governance will always be hard for the West to accept, and maybe it deserves some more consideration if it has cultural and historical roots. But another key component of the Chinese defense of its own conception of human rights is its prioritization of economic development. With something like the one-child policy, the connection between sacrificing human rights for economic development goals is obvious. The connection with censorship is less clear. It’s hard to see censorship in China as something more than mostly political, but I need to delve into the question of whether it is economically sound before I move forward with the question of whether it is ethically sound. 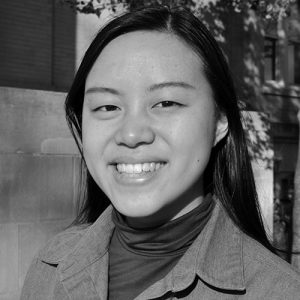