Let’s Just Go Back to Lost In Translation 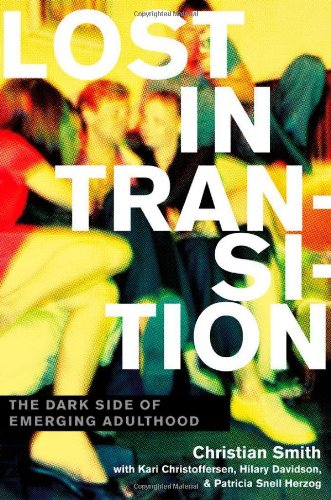 I love the first day of classes (by the way, I don’t count the very first class aka Syllabus Day, it’s the next one). You’ve got shiny, new school materials and a notebook filled with nothing but potential. You’ve done your reading, which on the first day is often set up to be an earth-shaking new perspective on the topics at hand. You’ve read about the professor and know that she’s an expert in all the things you love. The semester is going to be great; it’s a good day to love learning.

When I started working at Kenan, I didn’t think I would get another first day of class.

So, when Michaela and I learned we would be participating in KIE Director Noah Pickus’s Ethics Discussion Course. Noah Pickus is an expert in a lot of things I love—especially identity formation and bringing diverse points of view into dialogue with one another. I was ready for that first day of class feeling. And I have to say the first class’s reading were a new perspective, though I’m still struggling with how I feel about that.

Our first readings were from from Lost in Transition written by Notre Dame sociologist Christian Smith (and an entire team of researchers). It explores what it calls the “dark side of emerging adulthood.” “Emerging adulthood” is considered the ages between 18 and 29. It includes teenagers, students, and young professionals, and Smith is interested in them because they are unique to American life: They are getting married later (if at all), switching career paths (often with little stability), and expressing a more open worldview (though not always).

Smith defines several areas in which this generation, my generation, has a dark side. According to Smith we are consumer-oriented, sex-crazed, spiritually divested, socially disengaged, and morally untrained. I have a lot of thoughts on all of Smith’s claims. My academic career steeped me in the critical and feminist theoretical literatures, so my first reaction was that Smith does not own his sexist, heterosexist, and religiously oriented sociology in those terms, which I find frustrating. This is the part where I should say that Smith is very clear that he is coming from a specific set of values in his research in defining “good” and “bad.”

At this point, it was difficult for me to find common points of reference with Smith. Not only are the experiences of his research subjects my experiences as well, our definitions of “good” and “bad” strike me as generationally tinged. More to the point, I think Smith’s own moral positions point him to the answers he thought he would find when interviewing his subjects.  Smith was coming from a very specific point of view. This avowed perspective tells us a lot about where Smith is coming from, but as a millennial I’m not sure they help me understand my generation any better. In some ways it comes off as very well researched, very well articulated, “back in my day.” Is it fair for researchers to define the moral terrain of their subjects, or does that indicate a lack of moral imagination?

For instance, the professional aimlessness described by Smith (and many, many articles) isn’t necessarily unguided. When talking to my parents about one friend’s two-month job while waiting to hear about another temporary job and get a passport clearance for an international opportunity, they expressed confusion and pity. I had to explain to them that the things he was doing were in fact all building in small ways to make an incredible resume. They didn’t get it. My parents see the world of work and adulthood in similar terms to Smith, which isn’t totally surprising. The question I keep coming back to is whether the shifting landscape Smith describes is evidence that my generation is morally lax, or simply morally alien to him.

In fact, this article is fighting against the flood of “no-morality millennials” pieces saying that we might have a stronger sense of ethics.

To be clear, Christian Smith in no way ruined my first day. The conversation his work sparked and has continued to spark in my life have been endlessly fun and nuanced. Regardless of how I feel about his conclusions, his topics do need to be discussed.

So, let’s talk about it. How do you feel about millennials? Are we morally bankrupt or just misunderstood? Are we a part of an endless cycle of generational mistrust or have we created a unique generational culture? Join in the conversation on twitter with @KenanInsider (which is just such a millennial thing to do)!