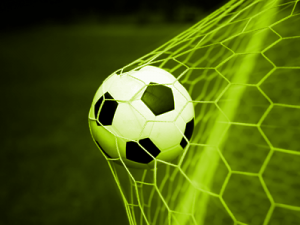 “It’s about to go down” is a lofty way to start a YouTube video, but sometimes it does indeed go down. Earlier last August at the Mission Playground, a public park located in San Francisco’s historically Latino but increasingly gentrified Mission District, one video does just that (see below).

Going viral on Bay Area local media and later picked up by larger sites like the New Yorker and TechCrunch, the video – shot by a seemingly-neutral bystander – shows an argument over the use of a soccer field. On one side is a group of teenaged Latino boys, identifying as locals who frequently use the park, and on the other side is a group of white men, later identified as employees of Airbnb and Dropbox. The video begins with a pan of the busy field and continues as the newcomers become increasingly confrontational while they try to argue their way on to the field.

Under the policies set by the San Francisco Recreation and Parks Department, the newcomers were able to buy permit time at Mission Playground, followed the rules when booking the field, and were upset when those rules weren’t respected. On the other end, the park’s regulars felt slighted by the sudden disregard for their own norms, which have prevailed at the park for as long as they can remember.


After first watching this video, I very quickly took the side of the local teenagers. How dare some people, let alone older white men in a predominantly Latino community, try to run some kids off of their field?

But stepping back, it also seems unfair to blame the Airbnb and Dropbox employees for buying the permit and expecting the permit to be respected. The same situation has bothered me more than handful of times too. Whether it’s booking a study room or a soccer field, it never feels good to kick someone out of a space you planned to use. While the way that the newcomers handled the situation may have upset me (saying things like “who cares about the neighborhood?” and resorting to tactics you might expect only a toddler to fall for), I can’t fault them for following the rules.

I also can’t fault the local teenagers for not wanting to follow the park rules. They have created a well-respected culture with a merit-based spirit at its core. It’s simple: if you win, you stay. Not until the confrontation escalates do you see the teenagers frustrated with the newcomers themselves, who happen to represent the influx of new residents to the neighborhood. But up until this point, you see the teenagers challenging the newcomers to compete to stay. While it’s not exactly true to the Parks Department’s book, it’s hardly unfair either.

So maybe it’s the park rules themselves that bother me most. The Parks Department’s permit policy creates a system in which those who can’t afford to buy special time on the park are at the mercy of those who can. In this way, the permit policy undercuts the long-standing relationship and tradition that local teenagers have with the park. Recognizing this, and in response to community activists, the Parks Department later decided to remove the permit system.

While the permit policy removal seems like a victory for the Mission’s local teenagers, what does this mean for the neighborhood’s relationship to its newer residents, like the employees of Airbnb and Dropbox? Maybe they’ll just need time to assimilate into their new neighborhood’s customs, but maybe they don’t want to. Either way, they’ll have to play for their right to stay on the field.