It is all Possible 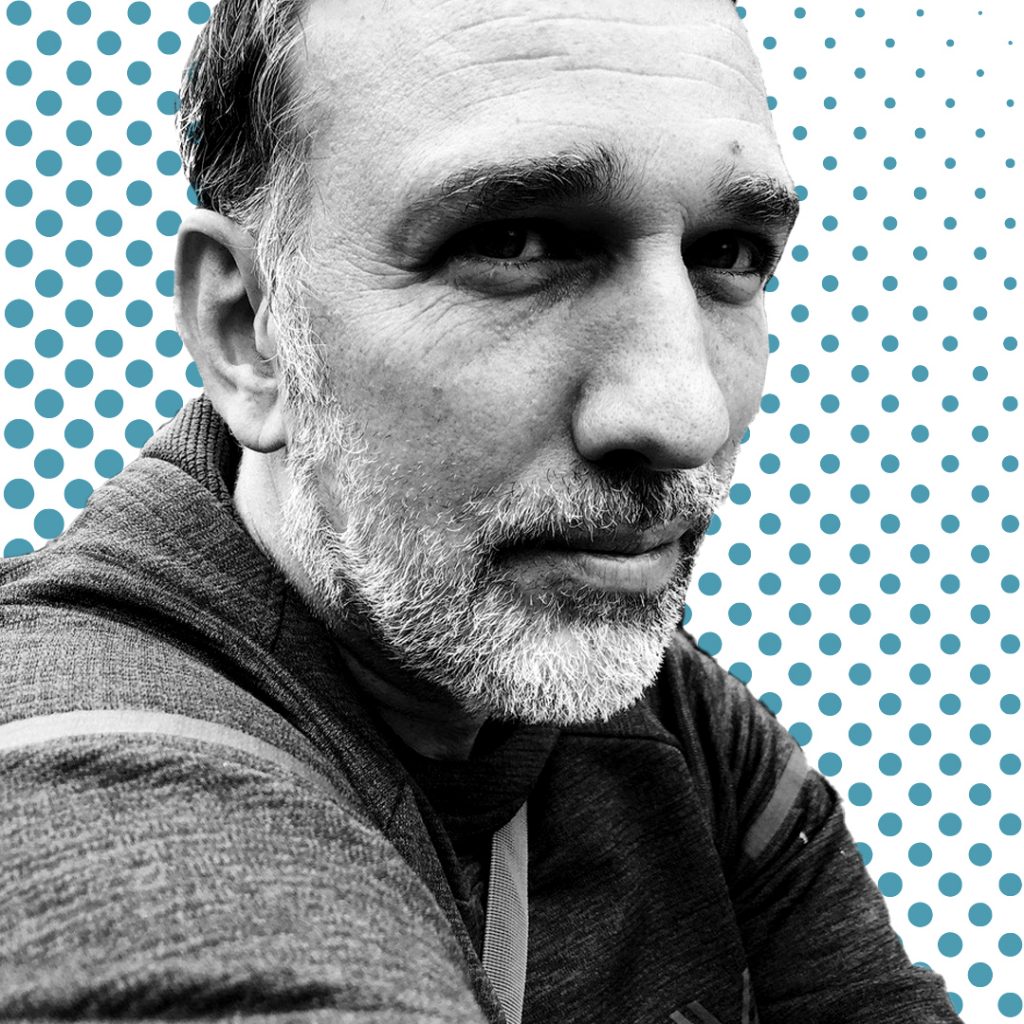 Since Fall 2020, Professor Michael Kliën has directed the newly established Laboratory for Social Choreography at the Kenan Institute of Ethics, in partnership with FHI. According to its mission-statement, the Laboratory focuses on the equitable transformation of social structures and the articulation of new modes of governance through aesthetics.

Kliën is a renowned choreographer who strives to expand choreographic, or much rather, relational and dynamic thinking to bare upon other fields of human knowledge. The term Social Choreography alone has proven to inspire people’s imagination as it evokes an understanding of society not as a machine, but as artistic potential. As a dance of sorts. We recently asked him to introduce the concept of Social Choreography:

Social Choreography wants to imagine, instigate and perform alternative realities. By focusing on traits commonly ascribed to the artist, but really extant in of all of us – namely to move, feel, think and dream – we want to harness the potential of our collective social imagination. Often, the solutions that we communally muster in light of crises seem limited in scope, and, even in the rather rare instances of stretching our thoughts to its limits, the products of our most creative attempts are in danger of being impoverished. Maybe we are not the genius as we hoped for. Maybe our method is as fault if we have to rely on a genius to save us in the first place. We should stop imagining upon our existing systems but see the social systems themselves as the field of engagement.

And of course, it all starts with the living, breathing, sensing body. Our actions, thoughts and frameworks for our daily movements and interactions are tightly knit, choreographed by an unspoken age-old, yet ever-changing, social contract that puts limits on how people can move in the land of the free. And its freedom is sobering. Attempt to touch your knee with your tongue in a supermarket uninterrupted for three minutes, and you will have an instant revelation of how choreographed our social existence is and how imperative it is for each of us to follow its internal logic, to be adapted in order to be ‘functioning’ (if this example is too threatening, simply put your arm straight up in the air when waiting for the bus, for no apparent reason, and observe your fellow humans slowly moving away from you). But acting well-adapted within a potentially problematic systems (think climate change, racism, and glaring inequalities) will not produce a different outcome even if we close our eyes and really wish it into being – at some stage, we will need to move and relate differently and thereby undoubtably test, stretch, and challenge the system itself.

To be a Social Choreographer, is to make manifest an alternate reality through systemic and embodied intelligence.

Social Choreography strives to create experiences and conditions that can overhaul fundamental assumptions about mind, body, society and environment. Often this starts with examining our deepest norms and sometimes by simply bumping into others. For example, only last month, one of my MFA students, Davian Simpson, who is blind, pointed out his confusion concerning people’s idea of personal space. He told me that when he collides randomly with people that he did not perceive, they tend to get upset for violating their personal space. “I don’t understand ‘personal space’ spatially,” he said, “it doesn’t make sense to me.” As a social choreographer this statement fascinates me. Why are we organizing ourselves, pre-COVID that is, at an arms-length principle? Is it a consequence of our Western society, in which individuals claim the privilege to choose when they want to interact with whom? How did the determination of personal space and its obligatory consent to enter it come about? At what cost? The magnificence of neurodiversity and its wider sensory experiences can permanently challenge the status quo, such as ‘personal space’, and its disclosures. If taken seriously, it can bring down outdated modes of thoughts and demand us to experiment with new lived realities. The potential for such revelations is inherent in each and everyone. They are, as the French philosopher Alain Badiou pointed out so eloquently, ‘inscribed in the body’.

How do you dance in your kitchen? In your living room? I predict that you cannot move like that in other social situations. Why is that? Why are we not meeting each other fully? Why do we mostly interact at the smallest common denominal when we are together: awkward shuffles with dead arms, dead hips and dead faces? What if we could negotiate our fullest, moving selves with each other, to create an organism out of a multitude of experiences and perspectives? This is what Social Choreography aspires to achieve. It is not interested in a one center, normative force to submit to, but, rather, to create systems of relational abundance that are rich of permanent negotiations, movement, change and care. A life and its institutions imbued with poetry– try to envision it.

Recently, the Laboratory has started the 11th Organ to collectively imagine an 11th school at Duke University, one that can be everything that is missing in the 10 others. A kind of negative container. We have started with rather wild, collective associative thinking sessions of what this could look like, and it shows how conditioned we are to imagine everything along the lines our intellect is trained to envision as possible. We tend not to dream beyond the intellect and its immediate experiences and social contracts. And here lies the enormous problem we are facing as a society. Things are possible. But we are not willing or able to imagine them because we assume that what we have learned is actual fact. But much of what we know is a construct in itself, and much of it is only valid in specific contexts, and really quite unnecessary in others. Roberto Unger calls this False Necessity where entrenched thinking becomes mistaken as fact. And if we deeply sink into ourselves, with time and feelings on our hands, then we can actually envision other methods of learning: no classes, no curriculum, no teachers. We could learn alongside other animals for example. We could live like badgers for a while. We could live with each other well. All is possible.