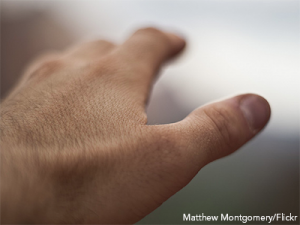 I came in Monday morning and read Melinda Gates’ commencement address to the Duke Class of 2013 (you’ll see from my last post that I’ve been rather engrossed in the inspiration of commencement this past week).  As I read along I became more and more excited. In my head, anyway, she was seamlessly connecting and reinforcing the thoughts from my last three posts! Specifically, I think the convergent theme is human connection.

Gates urges us to change the way we think about other people:

You can choose to see their humanity first – the one big thing that makes them the same as you, instead of the many things that make them different from you.

It is not just a matter of caring about people. I assume you already do that. It’s much harder to see all people, including people whose experiences are very different from yours, as three-dimensional human beings who want and need the same things you do. But if you can really believe that all 7 billion people on the planet are equal to you in spirit, then you will take action to make the world more equal for everyone.

I think this is so beautifully said, and is in a spirit similar to Katherine Boo’s captivating stories of ordinary lives. It also resonates with Durham Mayor Wense Grabarek’s remarks about desegregating the city in 1963: the community had to find its “diverse togetherness.”  And finally, choosing to see humanity first seems to me to be exactly what David Foster Wallace was imploring in his commencement address. If we see past the egoism of our own personal desires “in the great outside world of wanting and achieving,” then we may come to see that “The really important kind of freedom involves attention and awareness and discipline, and being able truly to care about other people and to sacrifice for them over and over in myriad petty, unsexy ways every day.”

Hopefully we agree on some general ideal of human connection. The various remarks may be murmuring in that corner of your subconscious that’s prone to feelings of transcendence, and collectively uplifting you.  But notice there’s a choice involved, and notice the effort of making true connections. Another line from Wallace: “It is unimaginably hard to do this, to stay conscious and alive in the adult world day in and day out.” Gates frames the choice as an ethical one, using Martin Luther King Jr.’s “Remaining Awake Through a Great Revolution” speech [could we not also say remaining conscious and alive?] in which he says, “Through our scientific and technological genius, we have made of this world a neighborhood and yet we have not had the ethical commitment to make of it a brotherhood.” One of my favorite of her lines is that it is “a moral choice to do the hard work of deep connection.”

I wonder, if I make this moral choice, what kind of hard work might I be facing? Katherine Boo would suggest listening to the stories of those outside my usual realm of understanding; Wense Grabarek would say to put conscience on the table and face the uncomfortable truth when I see unequal respect for human dignity; David Foster Wallace would challenge me to be conscious of every interaction and deliberate in how I construct meaning in them; and Melinda Gates would encourage me to use technology wisely, not for disconnecting from but connecting to things that matter. (That’s a hard one for me, with my skepticism about technology. But it’s hard work right? Her speech motivates me to consider my relationship with technology, and how it might be more constructively optimistic.) I think there may be subtle differences amongst these thinkers in the mechanisms that give human connections moral weight, but all involve stepping away from a default and challenging yourself to live better.

So there we have it, my topics and reading recommendations from the past few posts, all tied up in one great vision for humanity. May my musings be beneficial, or at least, may the material mused upon be so instead.