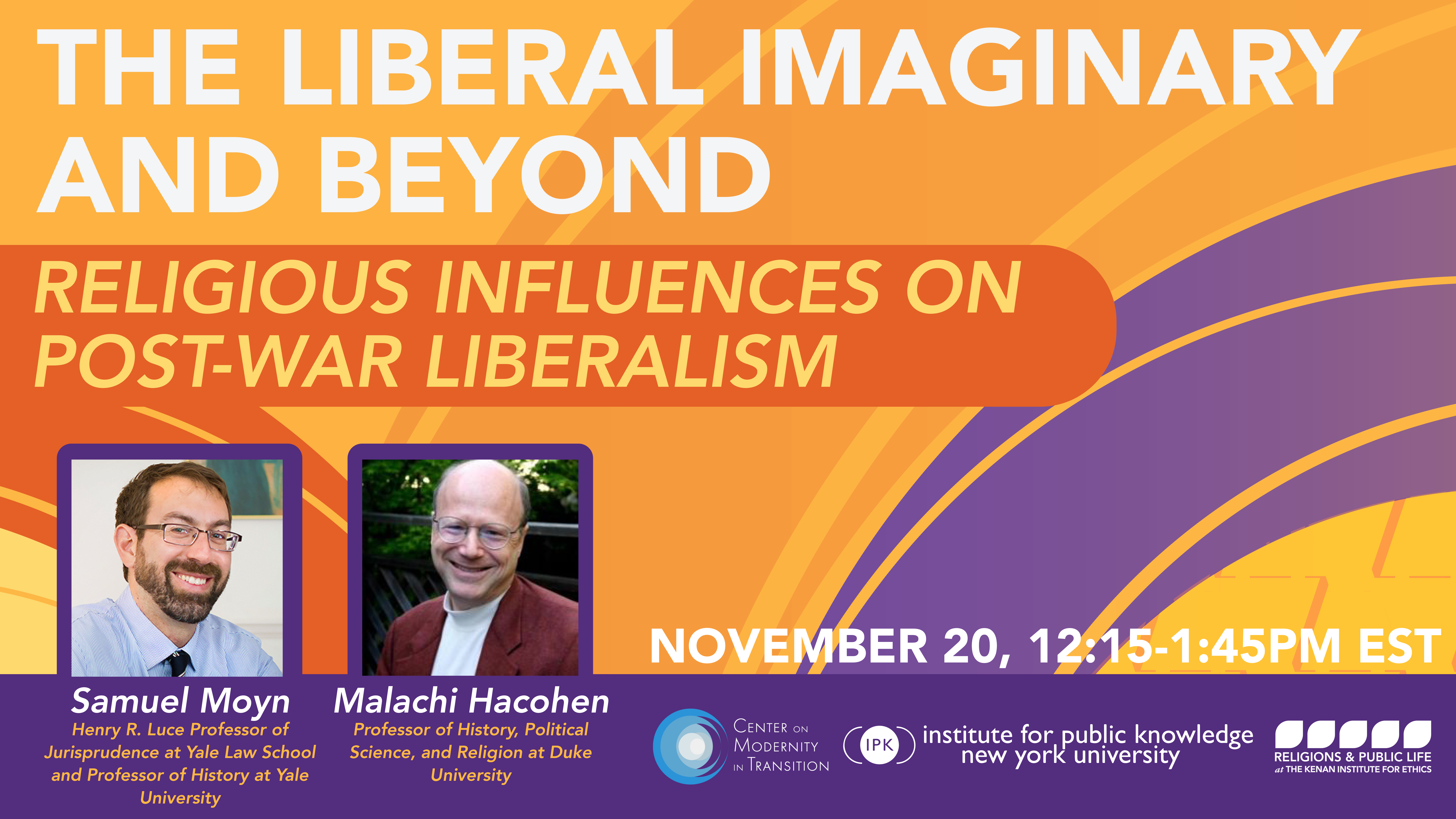 Malachi Hacohen and Samuel Moyn discuss the relative influence of Judaism and Christianity upon liberalism’s evolution after the Second World War, as well as the possible role that religious ideas might again play in shaping future developments of political thought.

Malachi Hacohen is Professor of History, Political Science, and Religion at Duke University. He is the author of Jacob and Esau: Jewish European History Between Nation and Empire (2019).

Samuel Moyn is Henry R. Luce Professor of Jurisprudence at Yale Law School and Professor of History at Yale University. He is the author of Not Enough: Human Rights in an Unequal World (2018) and Christian Human Rights (2015).