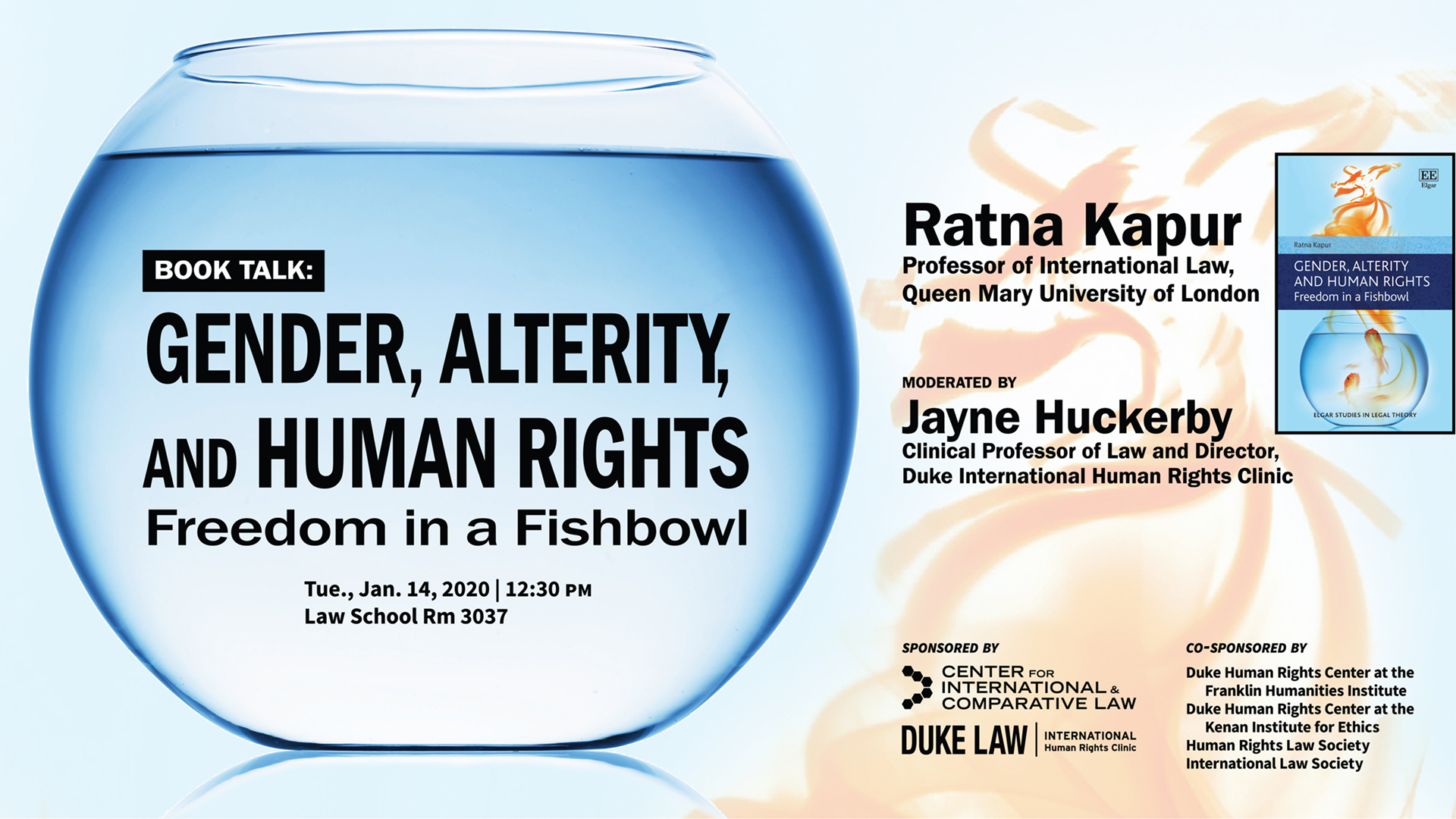 Ratna Kapur will discuss her new book “Gender, Alterity, and Human Rights: Freedom in a Fishbowl.” The book is about the possibility of freedom in the aftermath of the critique of human rights. Kapur interrogates human rights as a project of freedom through a critical evaluation and analysis of scholarship and advocacy on LGBT rights, campaigns against violence against women, and gender equality interventions in the context of the Islamic veil bans in Europe. Kapur illustrates how human rights emerge as a governance and regulatory endeavour in relation to gender and alterity, and how more rights for women, sexual and religious minorities have not necessarily produced more freedom for these constituencies. In response to what happens when the faith in human rights as a liberal freedom project is so substantively eroded, she provocatively argues in favor of exploring non-liberal approaches to freedom and the futurity of human rights within such a pursuit.

The event is free and open to all no registration required but space is limited. Lunch will be provided. For more information, please contact Balfour Smith at bsmith@law.duke.edu.

Ratna Kapur is a Professor of International Law, Queen Mary University of London. She is also a Distinguished (Sessional) Professor of Human Rights and Global Studies, Symbiosis School of Law (India) and a Senior Core Faculty with the Institute of Global Law and Policy, Harvard Law School.

Professor Kapur has taught and published extensively on issues of human rights, with a particular focus on gender, and the rights of sexual and religious minorities. She brings a critical theoretical approach to her scholarship and research endeavors that draw on the tradition of Third World Approaches to Human Rights (TWAIL), feminist legal theory and postcolonial theory.