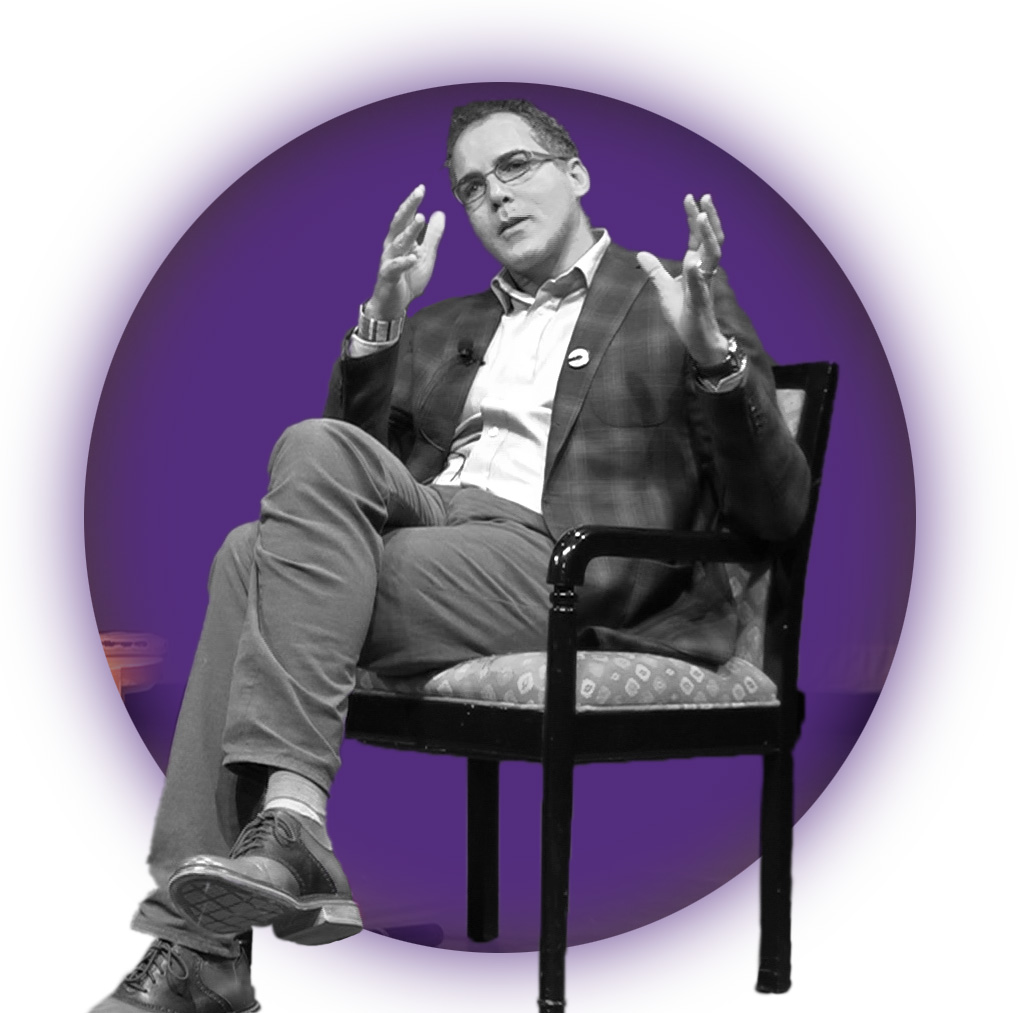 Friday evening in the crowded auditorium of the Durham Arts Council, Duke History Professor Adriane Lentz-Smith welcomed back members of the greater Duke/Durham community to the fourth installment of the “Ethics of Now” series with her guest James Forman Jr, Yale Professor of Law and author of Locking Up Our Own.

In his book, Forman uses stories to talk about the cumulative and damaging effects of African American-supported criminal justice policy, particularly relating to minimum mandatory sentencing requirements, aggressive policing, and stop and search programs that have historically targeted poorer, African American communities – all leading to an epidemic of mass incarceration. Forman’s work is a call for sweeping ethical change to our criminal justice system starting with the complex racially biased logics that underlie it.

When asked about the success of his book and its unintended wide-audience appeal, Forman explained:

I’m writing to black people about what we’ve been doing over the last 50 years, trying to show it with nuance, trying to show it with complexity, trying to show the constraints people were under – so not ignoring the larger structures of racism and white supremacy – but fundamentally giving people some agency and say, “look, we made some choices and some of the things that we did, even if they were for understandable reasons have had these destructive consequences.  Let’s do something different now! Let’s do something different going forward.

In describing this agency, Forman pointed to the fact that there has often been opposition to African American elected officials who were making these choices that in retrospect have produced damaging consequences. “Should they have known because there was a counter-narrative to all of these moments?  But having said that, I am sympathetic to their motivations.” Using former US Attorney General Eric Holder as an example as one of the many African American officials who does fundamentally care, Forman said of Holder, “He wakes up every morning truly wanting to do what’s best for the African American community.”

Forman continued his critique of our current criminal justice policy, even citing the narrowly-focused policy of President Obama to only reform sentencing guidelines for non-violent offenders.

If we’re going to have real reform of this [criminal justice] system, you can’t do this thing that so many people do …. only talking about reform for non-violent drug offenders, but if you commit a violent crime, we don’t have any sympathy for you.

Forman draws upon his experience as a former public defender in Washington, DC and uses these stories in his book as a way to give a broader look at an offender’s situation. “The stories are the way you help people move past the label. We understand the whole social construct of their lives.”  They are stories of people who have done a lot of things in their lives, one of which is a violent offense.

Lentz-Smith asked Forman about pushback from his decision to take a critical look at the choices made by many African Americans to support these policies that lead to mass incarceration.  “This is the number one thing I was worried about,” said Forman.  He talked about his efforts to avoid misinterpretations of his book, namely the perceptions that: “If black people supported these policies they must have been good policies; or, if black people supported these policies, they must not have been racist.”  Forman tried to be even-handed noting the complexity of each story and how policies are always operated under constraint. “And the constraint is structural racism and white supremacy. So don’t read any of this material in any way suggesting that racism is not a core explanation for how we got here.”

Lentz-Smith’s eager audience had no shortage of questions as follow-up to this conversation. In response to one question about the challenge of reform minded individuals seeking to become public defenders rather than progressive prosecutors, Forman notes:

Some people are going to be inspired to become a prosecutor and go figure out ways they can divert more cases out of the system, ask for fewer years than they would otherwise ask for – and that’s great.  But other people, aren’t comfortable with asking for someone to go to prison, don’t feel like they ever know enough about another person. Some people say “I want to be the person who stands next to the vulnerable individual.”

In a particularly ardent question, Duke Political Science student Jasmine Smith relayed her experiences while attending the HKonJ (Historic Thousands on Jones Street People’s Assembly Coalition) Moral March on the state Capitol in Raleigh.  She explained how she not only was struck by the number of confederate statues there, but also witnessed among the ranks black police officers tasked with guarding these monuments from behind fences. Smith sought out Forman’s opinion on “African Americans working in this white supremacist system and guarding historical legacies of white supremacy; but also, how they have to operate within these constraints…and how they can change the system as police officers?” Smith further illustrated, “The symbolism I took away for me as a black woman to see an African American police officer guarding a confederate statue actually behind these structural barriers – I thought was very powerful.”

Forman responded empathetically sharing his own experience as a student in a majority-black high school in a majority-black school district, each morning watching the African American groundskeeper raise the Georgia state flag, which was the confederate flag with the state seal in the corner. “There were days when I almost couldn’t breathe, stuck in class and had to wait a few more minutes before I could even get to first period.” He assured Smith, “There’s no part of me that holds the groundskeeper accountable in any way, there’s no part of me in the story that you told where I hold those police officers accountable.  They’re doing their job.”  Forman talked about a continuum of agency and constraint and how these individuals are completely on the constrained end of the continuum.   Forman then asked and challenged what do we do as a community to liberate them from their suffering?

[What do we do] to liberate all of us from the suffering we collectively feel when we live in a society where we have to continue to honor people whose great contribution to American history was to defend the buying and selling and branding and breeding and lynching and family separation of another group of people simply based on their race.

The evening ended with a reception and book signing in the gallery.

– watch this conversation in its entirety –

The Ethics of Now is a series of conversations between Duke historian Adriane Lentz-Smith and a range of artists, advocates, and authors that explore the ethical challenges facing the Durham and Duke communities.