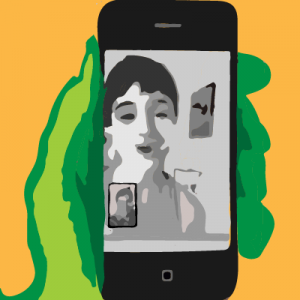 First day of my freshman year of high school. I’m sitting in the cafeteria with some friends, not entirely sure where my next class is. A friend comes up to me, a boy I’ve never seen before in tow. She introduces me to him, all small talk and nervous smiles.

Flash forward four years, and that boy is grown up. He is a man, in a suit, speaking at my graduation party

“She’s been my best friend for the past four years, my person.”

He was right. He was my person. No one knew me the way he did. We had travelled together, relied on each other, trusted one another implicitly. Not only were we best friends, but we were speech partners and co-captains of our speech and debate team. The success of our performance relied on our ability to perform with synchronization and communication.

“We’ve cried together, we’ve peed our pants laughing together. But most importantly we found out who we were together.”

Last semester, Nate attended college in Utah. He called me nearly every day. Whether it was for a quick five minute hey-how’s-your-day-going or a longer conversation, his voice was something constant in a time of shifting ground. I was there for him, watching on FaceTime when he received his mission call. I watched when he opened it in front of a room of near-strangers. I watched as he read the words he had been waiting for since he was a child.

“Dear Elder Wutzke. You are hereby called to serve as a missionary of The Church of Jesus Christ of Latter-Day Saints. You are assigned to labor in the Czech/Slovak Mission. It is anticipated that you will serve for a period of 24 months.”

Earlier this year, Nate travelled to the Missionary Training Center in Utah. After weeks there studying the Czech language, he will find a new home in the Czech Republic. He will spend the next two years there on his mission, serving the people in whatever way he can.

The questions here are bigger than Nate and I. Is it wrong to wish the people you love won’t change? We all have personal interests in maintaining the relationships that are most meaningful to us, but how does that change as each of us has obligations outside of our relationships? I don’t want Nate to change because I love and know the person who he is.

At the same time, this is wholly hypocritical. I can’t expect to stay the same for the next two years either, nor would I want to. If I’m the same person at graduation as I was during convocation, then I did something very wrong.

The scary truth is that Nate and I may grow away from one another in irreconcilable ways. We’ll both go home in two years. We’ll learn to know one another all over again.

The day Nate entered the MTC, he called me from a strange number. I missed the call.

“Hey Sonali, I am about to enter the MTC so…there’s that. I love you um make good choices, have a great semester and I’ll see you in two years. Love you bye.”

See you in two years, Elder Wutzke. I can’t wait to meet you all over again.