Recently at a science communication conference, I discussed the “deficit model” with peers. This model conceptualizes people as empty buckets ready to be filled with knowledge. However, people do not start with zero baseline knowledge about most topics of discussion. Even when they are completely unfamiliar with a topic, people will have their own life experiences to relate to the subject at hand. Anything you try and convince someone of will be compared to all of the prior knowledge they hold; this makes a steep threshold for new beliefs. All that to say, convincing someone of a belief contrary to their own is not typically a productive task. Operating contrary to the deficit model requires reflecting on where your audience is in life, what you want to share with them, and how your information fits with their world views.

Recently, we were asked to have a conversation with someone that has as different perspective on an important topic. I decided to speak with someone I’ve known for years but only recently started to spend more social time with. Despite holding many political beliefs contrary to my own, this person is a part of my social circle and an important friend.

I approached this conversation knowing that the goal was not to change anyone’s mind, but to better understand each other. The conversation started discussing COVID vaccination; my friend elects not to vaccinate for personal and political reasons, but I believe that electing not to vaccinate can cause harm to others. While we began talking about vaccination the conversation developed to talk more about who we are as people, what life looked like growing up, and how we connect with others.

I was somewhat apprehensive about having this conversation because I did not want this person to feel like I was trying to get a vaccination in their arm. I think this conversation likewise made them nervous for that reason. As we talked, I was surprised to learn that my friend thought I would resent or refuse to speak to them for decisions they’ve made. They were worried that if they made the “wrong” choice in situations going forward, I would become frustrated and stop welcoming them in my life. I expressed that since I am unlikely to change my opinions on COVID vaccination, it would be unreasonable for me to expect my friend to change position. I also found that this friend has undergone challenging personal barriers that have helped shape their opinions around pharmaceutical companies and medical care. I walked away from the conversation with a greater depth of understanding around my friend’s views.

Most often, people have reasons to believe the things they do. Their backgrounds can weigh heavily into those beliefs. By prioritizing curiosity over your own agenda, you can create a deeper connection during a conversation. This makes people more open to ideas, less defensive, and can foster a greater respect for both parties. Going forward, I will continue to see this friend in my life, and having this conversation creates a good foundation for deeper discussion in the future. Whether my friend changes their mind or not, we both walked away from the conversation feeling a greater openness to each other’s perspectives. 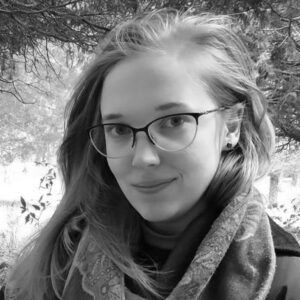