Civility and Tolerance as Virtues in the University

How can the principles of civility and tolerance allow us to coexist and thrive with those who think and act differently from ourselves?  Should universities strive to be “agreeable” to all?

The Arete Initiative at the Kenan Institute for Ethics hosted a vibrant discussion of these timely questions. Introduced by Arete Director Farr Curlin and Trinity Dean Valerie Ashby, panelists Teresa Bejan (Oxford University) and John Bowlin (Princeton Theological Seminary) explored the significance of and relationship between civility and tolerance.  Moderator and Duke Classical Studies Associate Professor Jed Atkins steered the conversation by posing questions designed to bring the concepts of civility and tolerance to the real-world, or university, level.

The conversation opened with Bejan and Bowlin sharing the different origins of their scholarly work on civility. Bejan cites her discovery of the works of Roger Williams, a Puritan scholar who wrote on religious freedom, equality for Native Americans, and abolition.  Bowlin credits reluctantly attending a cockfighting in an attempt to show solidarity with his surrounding community in Oklahoma as the formative moment in his thinking on civiity.

Atkins questioned Bejan about Williams – noted as one of the most tolerant Christians of his age but also in conflict with the Quakers.  Bejan explained that the Quakers of early colonial America behaved very differently from what we think of today. She described early Quakers as “disruptive Evangelicals” who interrupted others’ church services in their effort to witness against the perceived blasphemy.  Bejan argued that Williams made a relevant distinction: finding their actions “intolerable,” yet believing the notion of tolerance, including civil conversation, to be critcal. According to Bejan, civility is striving to keep conversations active in the face of conflict; and in this way, civility and tolerance must go together to maintain peace.

For Bowlin, civility depends on and is tested by conflict.  From personal interactions at his cockfight experience in comparison to conversations with academic peers, he discovered how tolerance is viewed across demographics.  According to Bowlin, some feel tolerance opens the door to moral collapse while others use it as a way to negatively perceive the less-educated.

Further analyzing the principle of tolerance, Atkins challenged Bowlin to dispell the perception that tolerance is just “forbearance of injustice” and at worst an enabler of evil deeds.  Bowlin agreed that there are limits to exhibiting tolerance such as massive rights violations.

The conversation then turned to Duke focusing on concerns over debate, tolerance, and civility on  campus. Bowlin and Bejan agree that while historic civil rights and social justice movements began with communities in disagreement, managing dissent on college campuses has become increasingly difficult. Part of this challenge, according to Bejan, can be explained with research showing the best educated are often the most intolerant.  Both Bejan and Bowlin stressed the importance of teaching and practicing virtues such as humility, tolerance, and civility, while encouraging students to participate in true, open dialog in the face of disagreement and conflict. 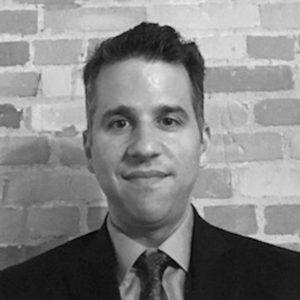