Can Feminism Be Intersectional?

By Victoria Wang on July 15, 2018
The Feminist Majority Foundation (FMF) primarily focuses on a set number of projects. For example, when my fellow interns and I arrived at the office on the first day, we were presented with four research projects to choose from: the National Center for Women and Policing, the goal of which is to improve gender equality in police departments in order to reduce the use of force and improve responses to domestic violence; Feminist Campus, which seeks to improve civic engagement among college students and specifically among college women; the National Clinic Access Project survey, which will end in a publication which draws from surveys that are completed by abortion providers about harassment by anti-choice extremist groups; and finally the National Clinic Access Project monitoring, which assists abortion clinics by notifying them and the authorities when anti-choice extremist groups threaten abortion clinics or providers. When divided amongst the staff and the seventeen summer interns, the FMF is able to make huge strides on these projects in the summer. However, this leaves little room to pursue other things. Specifically, the FMF does not have the capacity to pursue objectives pertaining to intersectional feminism, such as those that would primarily impact LGBTQ communities or women of color.

FMF’s dedication and efficiency set it apart from other non-profits that I have experience working with—here, things move quickly and people give their all to these causes. In this way, the FMF is extremely successful. It sets out to complete specific tasks, and completes such tasks in a relatively short time period. Further, these tasks are of vast importance—they both compel people to care and take action in furthering the feminist movement through research and data, as well as directly assist people such as by protecting clinics and making sure they stay open to serve women needing abortions, birth control, or other forms of family planning. The constant passion and dedication that FMF staff and interns put into these projects is both inspiring and necessary to the success of the organization.

I find myself wondering, though: how are these projects chosen? And what if there are more “pressing” issues that we should be on? This is not to say, of course, that the FMF staff does not care deeply about other issues—immigration, for example. Just last week, the majority of the office spontaneously took a half day so that we could attend an anti-ICE rally, in protest of the separation of undocumented parents and children at the border. Although we came out and showed support, we came as a group of predominantly white, American-born women holding signs that said “Feminists Fight Back” and “Stop the War on Women.” While these are indeed powerful slogans, since we were preoccupied with our main projects, we did not prepare specific signs nor were we able to contribute in organizing this event or rallying behind this movement in other ways besides our physical presence. I grappled with this guilt and began to question the FMF.

Not only do we not focus enough on immigrant women in this political climate, but at the protest it also occurred to me: we do not do enough in addressing racial inequities amongst women of color. This was highlighted to me by the fact that the majority of the women at the FMF office are white. Further, FMF’s absence in the realm of LGBTQ activism struck me. LGBTQ rights are so intertwined with women’s rights, surely, we should expand our advocacy? A massive portion of my daily work is dedicated to reproductive justice, and much of that work is catered to heterosexual women. We all know that “white feminism,” as it is known, is a non-inclusive, problematic form of feminism. Are we guilty of perpetuating that form of feminism by failing to directly address issues of intersectionality?

My concerns about FMF were completely forgotten when I came back into the office that afternoon. The earnest dedication of the women that stayed in the office to finish their work for the day were reminders that this is the nature of non-profit work. One must choose the causes that they can make effective change in—they cannot tackle every movement that matters. Otherwise, they risk losing efficacy as their resources diffuse. Limited resources require sacrifice. This is the reality of non-profit work. The question asked by successful non-profit organizations is not “what are the important issues?” but rather, “what are the important issues in which we can make a meaningful impact?” Then, taking into consideration its limited resources, areas of expertise and knowledge, and needs in the community, it makes an informed choice on the prioritization of these issues. 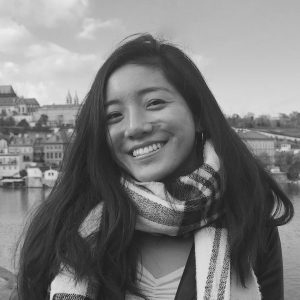