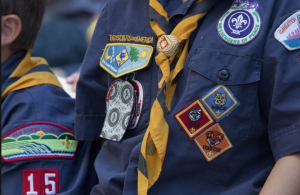 Two weeks ago, Boy Scouts of America (BSA), announced that it would officially drop the “Boy” from the name of the scouting division it runs for boys ages 10 to 17. Chief Scout Executive Mike Surbaugh stated, “as we enter a new era for our organization, it is important that all youth can see themselves in Scouting in every way possible.”  This change follows an earlier decision made in October to extend Cub Scout membership to 3,000 girls under an early adopter program.  Over the summer, Cub Scouts is expected to formally welcome and accept girls ages 6 to 10.  Next year, young women will also have the opportunity to earn the much-coveted Eagle Scout rank, which, unlike the Girl Scouts “equivalent”, the Gold Award, is widely recognized as an extremely prestigious honor.  The decision to include young women in all scouting divisions, and to change program titles to be gender-neutral, seems to follow a trend of increasing inclusivity.  Indeed, in 2014, BSA began accepting openly gay members and in 2017, transgender members.

Many Girl Scouts leaders and the Mormon Church have been critical of BSA’s decision to accept young women.  In October, Girl Scouts stated, “The need for female leadership has never been clearer or more urgent than it is today – and only Girl Scouts has the expertise to give girls and young women the tools they need for success. The benefit of the single-gender environment has been well-documented.” Moreover, the Mormon Church, once one of BSA’s largest sponsors, severed ties with the organization this past Wednesday.   Indeed, one out of every five Boy Scouts is Mormon. While the church had been moving in the direction of renouncing its endorsement for the past couple of years, it seems as if the opening of BSA divisions to young women has caused the church to initiate its own organization for youth, maintaining separation of the sexes.

In addition to the mentorship group for young women at Brogden Middle School, I have been helping to lead a Girl Scouts troop that meets at Families Moving Forward. Thus far, our meetings have included such activities as a community-service project in which we decorated and delivered Easter baskets to residents of a retirement home, a trip to a community arts festival, and a Mother’s Day craft making session.  While these activities may be culturally coded as feminine, I think that the troop achieves the mission of Girl Scouts by building confidence, leadership skills, and a sense of comradery. Reading about the membership politics of Boy Scouts and Girl Scouts, and also overseeing a Girl Scouts troop, has reminded me of my previous post regarding the value of women-only spaces, and has made me contemplate the more general understanding of gender in our society.  Why has Boy Scouts allowed young women to join, but Girl Scouts has not opened its doors to young men?